Houses of Commons Seminar on Poverty in Palestinian Refugee Camps 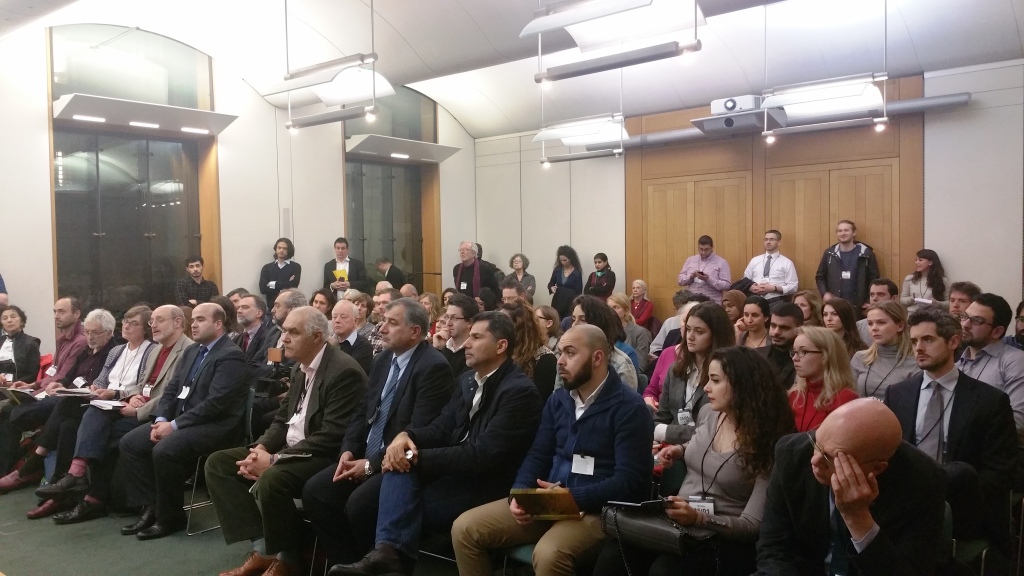 On the 25th of January, PRC held a seminar in the Houses of Commons, titled “Poverty in Palestinian Refugee Camps: Challenges and Prospects”. The meeting, hosted by MP Ben Bradshaw, focused on the adverse conditions Palestinian refugees  - particularly in Lebanon -  face living in camps due to high poverty rates and lack of state or proper UN support.


The event was chaired by Sara Apps, Interim Director at the Palestine Solidarity Campaign, introduced the event by highlighting the importance of the right of return for the “here and now” and not just for the future. With the recent refugee crisis, we have a new opportunity to speak about the stories of Palestinian refugees.

Sameh Habeeb, Head of Media and PR at the Palestinian Return Centre (PRC) presented the work of PRC explaining that the right of return is a fundamental political issue. Although international law is clear about the right of return, this goes largely ignored at the expenses of hundreds of thousands of Palestinian refugees around the world. He also touched upon the recent cuts in funding of UNRWA and Israel’s interest in dismantling its services. He concluded that the old Zionist trope, “The old will die and the young will forget” cannot be true as more and more Palestinians around the world continue fighting for the right of return.

Rohan Talbot, Campaigns and Media Officer at Medical Aid for Palestinians (MAP), was next in line, and discussed the poor conditions and principal issues in Palestinian refugee camps in Lebanon. Although each camp is unique, all suffer from overcrowding, environmental hazards and poverty, which cause huge health challenges, which UNRWA cannot cope with. People with disabilities struggle to access services and the cost of health care is devastating. Working directly with Palestinian refugees in Lebanon, he reported case studies highlighting the restrictions imposed by the Lebanese government and the extra-marginalisation that they suffer because of it. Finally, he reminded that in the humanitarian discussions around refugees, we should always ask where the Palestinians are, as their multiple displacements are not covered by politicians and the media.

Pietro Stefanini, Researcher at the PRC, discussed his recently published report, “The Forgotten People: Assessing Poverty Among Palestinian Refugees”. His research addressed the socioeconomic conditions of Palestinian refugees in Lebanon and Palestinian refugees from Syria in Lebanon. Despite the lack of accurate statistical data due to a lack of systematic monitoring, the picture he provided is one of poverty, insecurity and need for a political solution. Two thirds of the Palestinian refugees in the camps in Lebanon are considered poor or extremely poor and unemployment has reached a historical high. One third of the populationdoes not meet the standards of nutrition and early school dropouts have increased. The policies of the Lebanese government discriminate against Palestinians with strict visa requirements that prevent them from integrating into the country. In closing, he affirmed that the right of return is not an obstacle to peace. It is simply non-negotiable as it is the basis for dignity and the right to rights.

Aimee Shalan, Director of Friends of Birzeit University, talked about the life in higher education for Palestinian refugees. Students in Gaza cannot access university in the West Bank, while Palestinian students from Syria fleeing to Lebanon struggle with the different syllabus. UNRWA schools suffer from stigma and continuous cuts in services. Access to higher education has become political as a way to counteract the Israeli occupation. In fact, literacy in the Occupied Palestinian Territories is one of the highest in the region.

The speeches were followed by a series of questions from members of the audience, which included representatives of organisations like Jews for Justice for Palestinians. The questions and answers remarked that the root cause of the problem of the Palestinian refugees is Israel’s illegal occupation of the Palestinian Territories, but that the British government and the neglect of other Arab states also contribute to the issue.

PRC will re-launch the “Sorry Campaign” about the Balfour Declaration in February and will ask David Cameron to have lunch or dinner in a Palestinian refugee camp, instead of celebrating the day with the Jewish community. PRC invites all members of public to share the campaign.