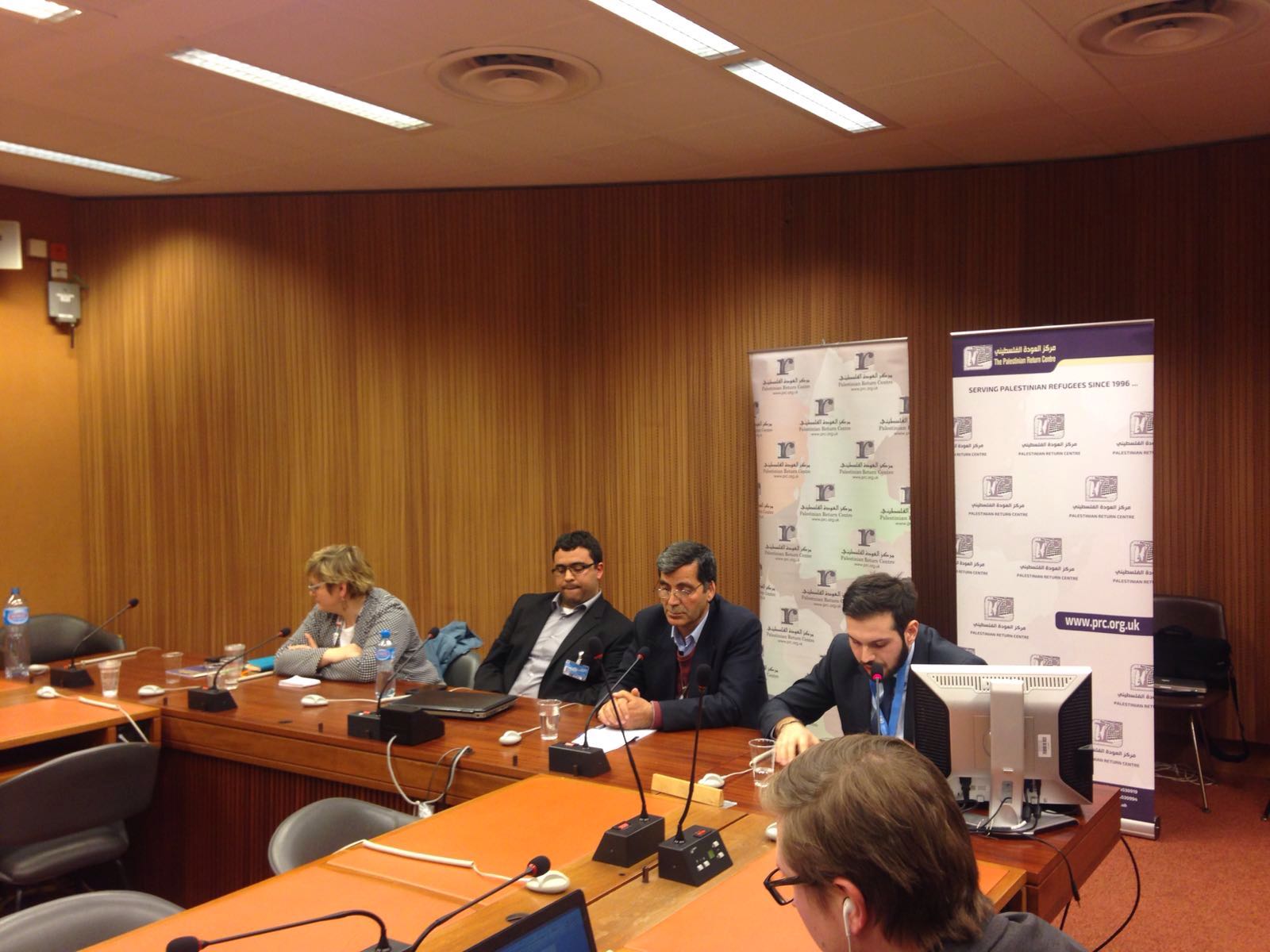 
Pietro Stefanini, Researcher/Coordinator at the PRC, first addressed the audience to provide an overview of the destruction of Palestinian homes in both the West Bank and Gaza Strip. His speech was based on a report he wrote on house demolitions in the OPT, which was distributed to the audience.

Mr. Stefanini reported some staggering statistics in regards to the homes that have been demolished by Israel in the past years. In the West Bank including East Jerusalem between 2009 and February 2016 a total 1,192 incidents have been recorded of 4,054 structures demolished, of which 272 were donor funded, leaving 6,760 people displaced. While in the Gaza Strip successive major Israeli aerial attacks have caused many civilian deaths and massive destruction of infrastructure. Only in 2014, 11,000 were homes totally destroyed, 6,800 home suffered severe damage, 5,700 major damage and 147’500 minor damage. Over this period, half a million Palestinians were displaced in the equivalent of less than two months.

The second speaker was Munir Nuseibah, Director of Al-Quds Human Rights Clinic and Community Action Center, who dealt specifically with the issue of home demolitions in East Jerusalem. Mr Nuseibah discussed the very worrying new development of a policy, made by the the Israeli authorities, that is threatening Palestinians to lose their residency rights on the basis that they have no “allegiance” to the State of Israel. This policy if fully implemented would actually contravene international law as the occupied indigenous population should not have to show their “allegiance” to the occupying power.

Next Zakaria Odeh, Director of Civic Coalition for Palestinian Rights in Jerusalem discussed the underlying methods Israel uses to displace Palestinians in Jerusalem. First he talked about Israel’s policy of keeping the city at 70/30 Jewish to Palestinian ratio; the current ratio is 62/38. Then Mr. Odeh clearly exposed the discriminatory and zoning and planning policies that leaves Palestinians no opportunity to build homes in the city. This result in the majority of Palestinian homes to be considered “illegal” by the occupying authorities and therefore their homes get demolished because they have no “valid permits”.

The last speaker was Sara Apps, interim Director of Palestine Solidarity Campaign, who tackled the role of UK and EU civil society in challenging this systematic policy of house demolitions. Ms. Apps eloquently uncovered the lack of implementation of international law by the international community. She also discussed the failure of UN mechanisms to properly address the plight of the Palestinian people.  Ms. Apps concluded stating the importance and legitimacy of using methods such as the Boycott Divest Sanctions (BDS) movement to implement international law.