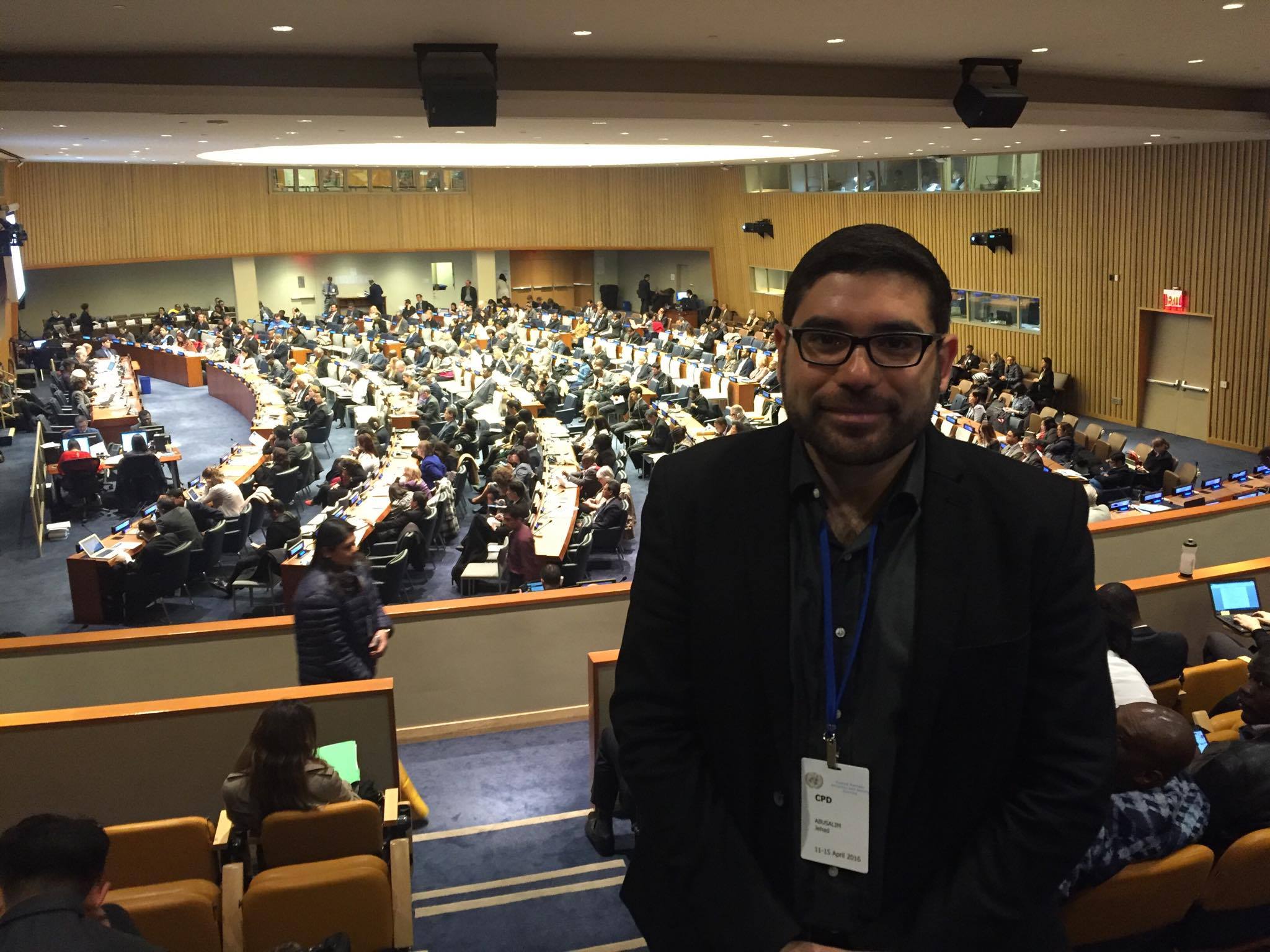 On April 11th, addressing the opening of the 2016 session of the Commission on Population and Development, United Nations Secretary-General Ban Ki-moon today underscored the importance of that body's role in advancing the new global development agenda.


As part of his speech Ban Ki-moon warned that “one of the most dramatic population trends of our times is mass displacement, noting that the numbers are astronomical with some 60 million people displaced either within countries or internationally, and thousands of desperate migrants dying on dangerous journeys.”

The theme of this year’s commission is “Strengthening the demographic evidence base for the Post-2015 development agenda”. The Palestinian Return Centre is convinced that strengthening the demographic evidence base is vital to realizing the post-2015 development agenda since this would help address root causes of poverty, inequality and injustice.

The Declaration of the 2030 agenda highlights the vulnerability of migrants, refugees and internally displaced people, and emphasizes that forced displacement and related humanitarian crises threaten to reverse much of the development progress made in recent decades.

PRC believes that the commission should pay particular attention to the Palestinian refugee problem, which still remains unresolved as the United Nations Relief and Works Agency for Palestine Refugees (UNRWA) is still responsible for providing assistance and protection for 5 million displaced Palestinians throughout the Occupied Palestinian Territories, Syria, Lebanon and Jordan.

It is the responsibility of this Commission to inform governments of the facts and implications of major demographic shifts. Therefore, PRC believes that member states and the Commission should acknowledge that since the beginning of the Syrian conflict in 2011, over 100,000 Palestinian refugees have been displaced outside of Syria, and they are becoming twice displaced, sometimes even three times displaced. Approximately 45,000 Palestinian refugees from Syria have sought refuge in Lebanon. This major demographic shift has further worsened the already terrible living conditions of the 500,000 Palestinian living in refugee camps and gatherings in Lebanon.

At the same time, the resilience of communities hosting refugees, particularly in developing countries, should be strengthened. To measure progress and to leave no one behind, the Declaration stresses the importance of data, disaggregated by migratory status, in following up and reviewing the implementation of the SDGs.

Data collection is made more difficult in light of the fact that refugees and migrants are averse to being counted, fearing that registration will impede their journey. Sometimes, migrants destroy their papers to disguise their nationality. The Palestinian Return Centre advises to the Commission to assist countries to amend their rigid migration policies to ease migration and immigration.

In line with the Declaration of the 2030 Agenda member states must strengthen international cooperation to ensure safe, orderly and regular migration with full respect for human rights and for the humane treatment of migrants, regardless of their migration status, and of refugees and internally displaced persons (IDPs).

Finally, the Declaration reiterates that migrants have the right to return their country of citizenship, and that countries must facilitate the return of their citizens. Palestinians have been denied this fundamental right because of their unique stateless condition, which makes them particularly vulnerable.