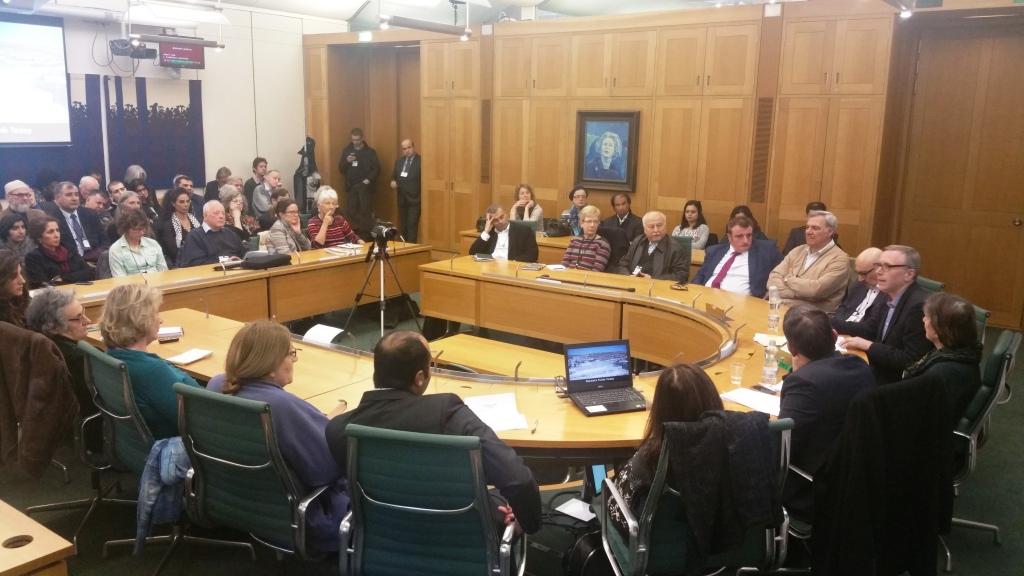 On Monday, 25th of April, the Palestinian Return Centre (PRC) held a seminar in the House of Commons about the plight of the Christians of Palestine. The meeting was hosted by Geraint Davies MP and chaired by Baroness Jenny Tonge.

The event started with a video documentary, “The Forgotten Victims,” which included testimonies of violence against the Christian community and their sacred buildings.

The panel included HE. Ambassador Manuel Hassassian, Palestinian Ambassador to the UK, discussed the context of the discriminations faced by all Palestinians, Muslims and Christians.

Leila Sansour, Award-winning Producer of Open Bethlehem, spoke about the impact of  the separation wall and the encirclement of Bethlehem for the Christian community.

Meanwhile, Dr. Adeeb Ziadeh, Researcher in EU-ME relations and associate Fellow in the Higher Education Academy in the UK, summarized the history of the Christian community in Palestine.

Also, Jeremy Moodey, Chief Executive of Embrace the Middle East, examined the Israeli discriminatory policies against Christians in Israel and in the Occupied Palestinian Territories.

The next seminar of PRC at the House of Commons will be held on Tuesday, 10th May to commemorate the anniversary of the Nakba.