MPs to discuss the Palestinian Nakba – 68 Years of Diaspora 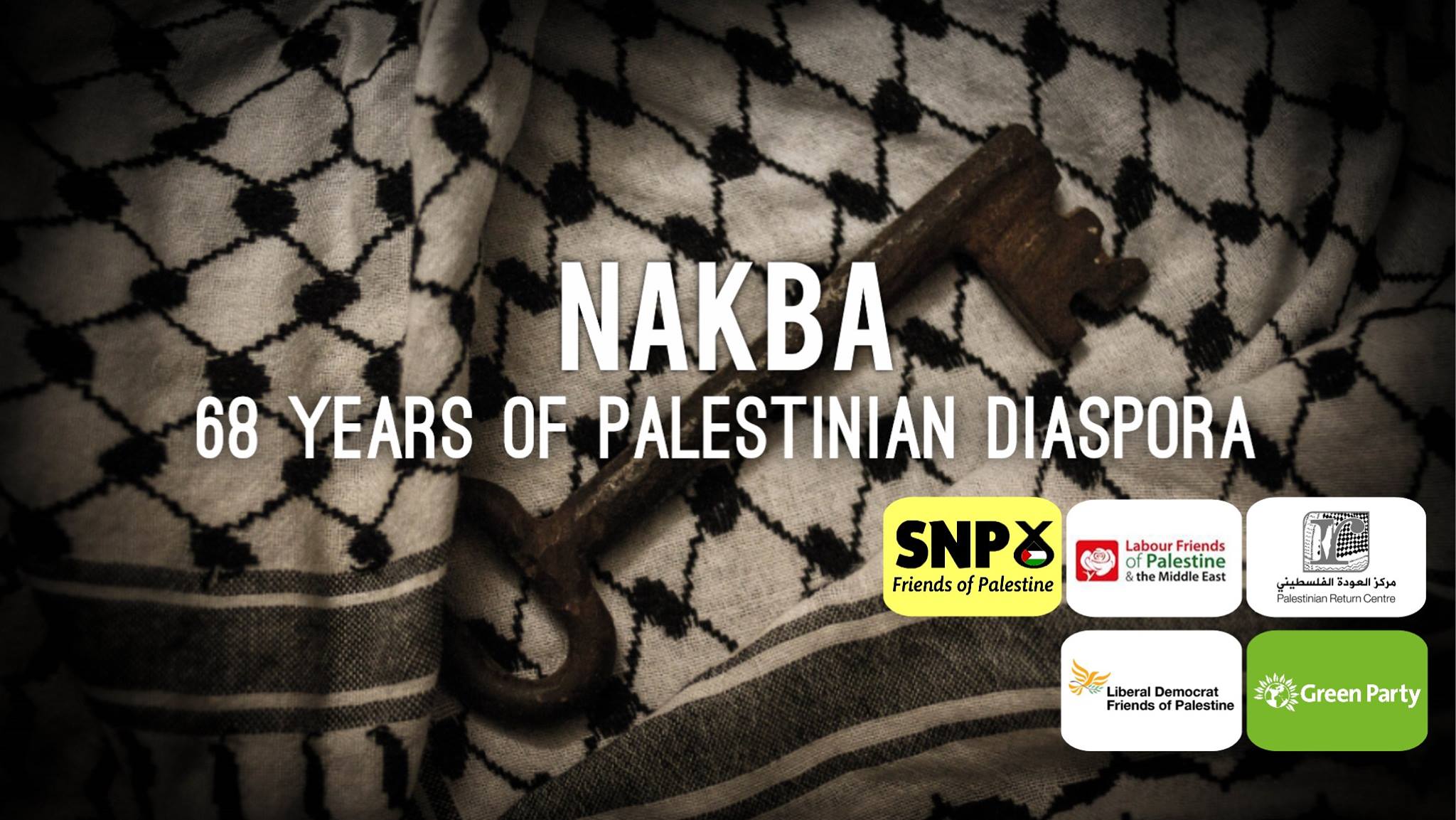 House of Commons Roundtable Discussion on

The Palestinian Nakba – 68 Years of Diaspora

On the 68th anniversary of the Nakba, we are holding a roundtable discussion on the possible mechanism to solve the Arab-Israeli conflict in light of in light of International law and the UN resolutions. Speakers will discuss the role of the international community and mechanisms of Independence and self-determination for the Palestinian people.

Jonathan Fryer - Chair of Liberal Democrat Friends of PalestineTopic: On the role of the international community in addressing the Nakba Sameh Habeeb - Head of Media & PR at PRCTopic: International Community's Failure to resolve the Palestinian refugee crisis Chris Stephens MPSNP member of the ParliamentTopic: the UK's moral and historical obligation the event will also includeContributions to the round-table discussion from:

Many other MPs are expected to join the discussion

Book your seat now b by email:info@prc.org.uk Thanks