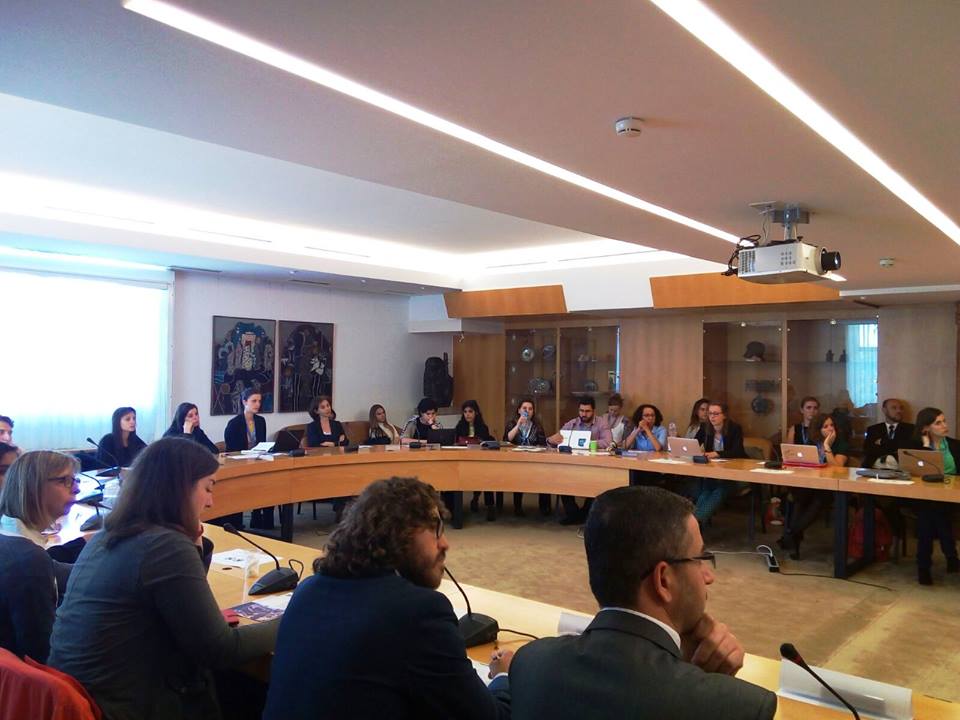 On Friday 17th  2016 -  The Palestinian Return Centre (PRC) hosted its second side event at the 32nd session of the UN Human Rights Council in Geneva. The event focused on the human rights situation in the Occupied Gaza Strip. PRC’s latest policy brief was launched and hard copies were available at the event.


Speakers discussed the situation in the Gaza Strip in light of the ongoing occupation and blockade. Firstly, a short video prepared by the World Health Organization showed how social factors determine health in Gaza.

Then the first speaker, Pietro Stefanini, Researcher and Advocacy Coordinator at the PRC presented the conditions of Palestinians refugees living under blockade and in the aftermath of successive major military assaults.

In relation to the blockade, which is entering its 10th year, Stefanini highlighted the catastrophic effects it has had on the economy and on the reconstruction of destroyed infrastructure. The policy of siege is clearly a form of collective punishment imposed on the Palestinian civilians living in the Strip.

Alaa Tartir, Program Director of Al-Shabaka: The Palestinian Policy Network, Post-Doctoral Research Fellow at Graduate Institute's Centre on Conflict, Development and Peacebuilding (CCDP) in Geneva highlighted the need for a political solution for Palestinians living in Gaza. Mr. Tartir discussed the responsibility of the responsibility of the international donor community in sustaining the occupation and not providing Palestinians with any political solution.

Mr. Tartir also talked about the lack of appropriate political representation of Palestinians, whether in the West Bank or in Gaza. Nonetheless, Tartir added there cannot be a solution to the man made catastrophe in Gaza without the international community engaging with the Palestinian authorities in the Strip. Tartir concluded his presentation urging the audience to listen to Palestinian civilian society in their call for justice through the Boycott Divestment Sanctions (BDS) campaign.