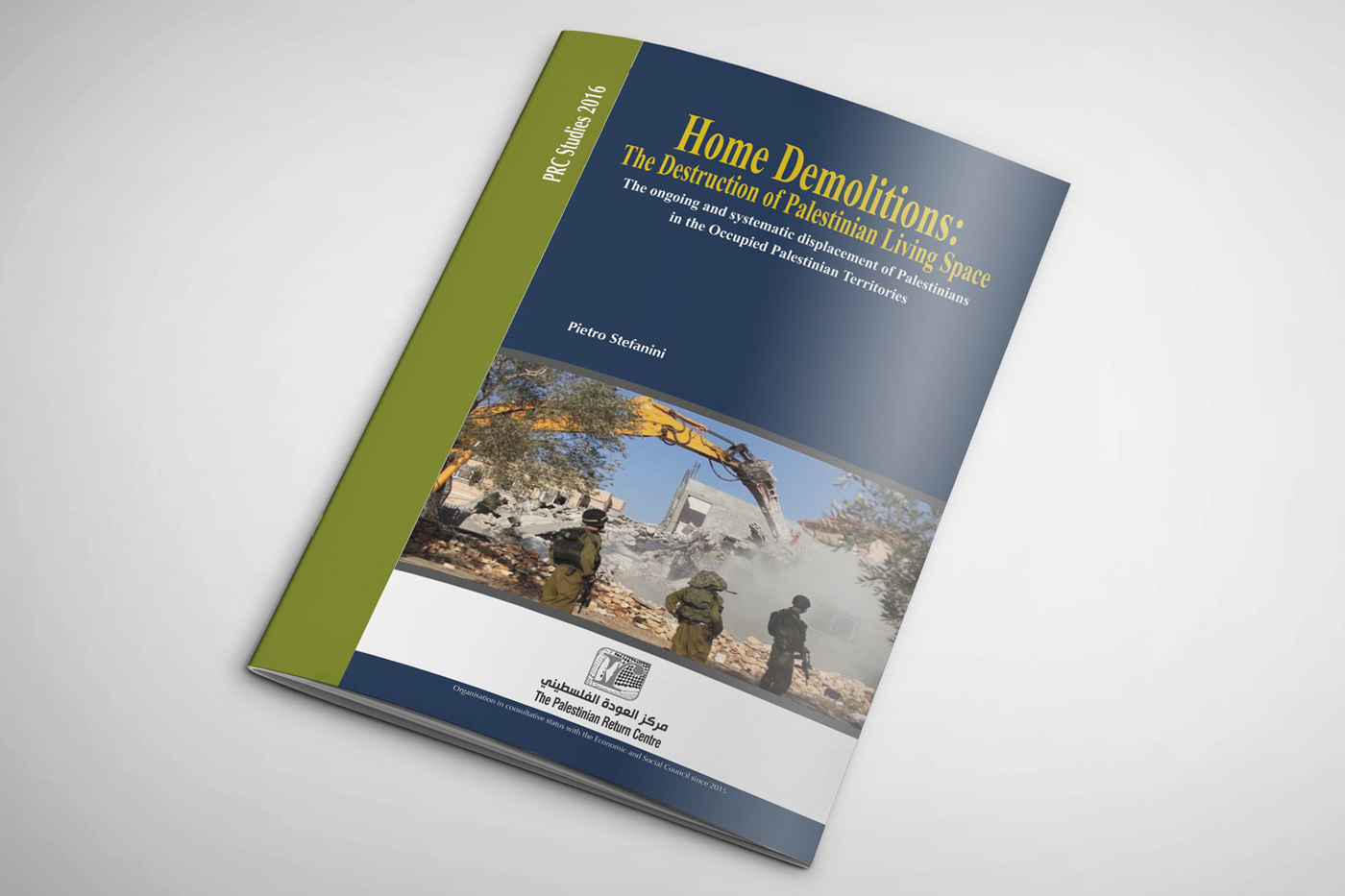 The Destruction of Palestinian Living Space' focuses on the ongoing and systematic displacement of Palestinians in the Occupied Palestinian Territories. The findings of the report were presented in March 2016 at the 31st UN Human Rights Council in Geneva.

Displacement is the essence of Israel’s conflict with the Palestinians, and nothing demonstrates it more graphically than Israel’s policy of house demolitions. This report seeks to highlight how forced displacement through the destruction of Palestinian living spaces is severely violating Palestinian human rights.

Over the years the Israeli authorities have demolished some 48,000 Palestinian homes in the Occupied Territory since 1967 either in military incursions or because Israel has refused to grant building permits to Palestinians, who are then forced to build “illegally” and face demolition. In order to expose some of the bureaucratic, deliberately obfuscating processes that sustain these practices of home demolitions detailed statistics are presented throughout the report. Whether the demolitions occur under the pretext of “no permits”, “military purposes” or “punitive”, this Israeli policy against Palestinians clearly contravenes international law.

Since the signing of the Oslo Accords, more than 15,000 homes have been demolished in the West Bank, and more than 500 Palestinian-owned structures have been demolished annually in recent years by Israel. According to B’Tselem from 2006 until 31 Aug. 2015, Israel demolished at least 927 Palestinian residential units in the West Bank (not including East Jerusalem), causing 4,319 people – including at least 2,129 minors – to lose their homes.

Between 2009 and February 2016 OCHA recorded throughout the entire West Bank including East Jerusalem a total 1,192 incidents of 4,054 structures demolished, of which 272 were donor funded, leaving 6,760 people displaced. In the West Bank the data clearly indicates a rise in the amount of structures demolished. In the month of February 2016 there was the highest number of house demolished in a single month since OCHA began recording in 2009. Similarly, in the Gaza Strip, Palestinians have suffered an increase in widespread and unprecedented levels of death and destruction.