Parliamentary Transcript: Challenging the Narrative.. The Obstacles of Advocating for Palestinian Rights 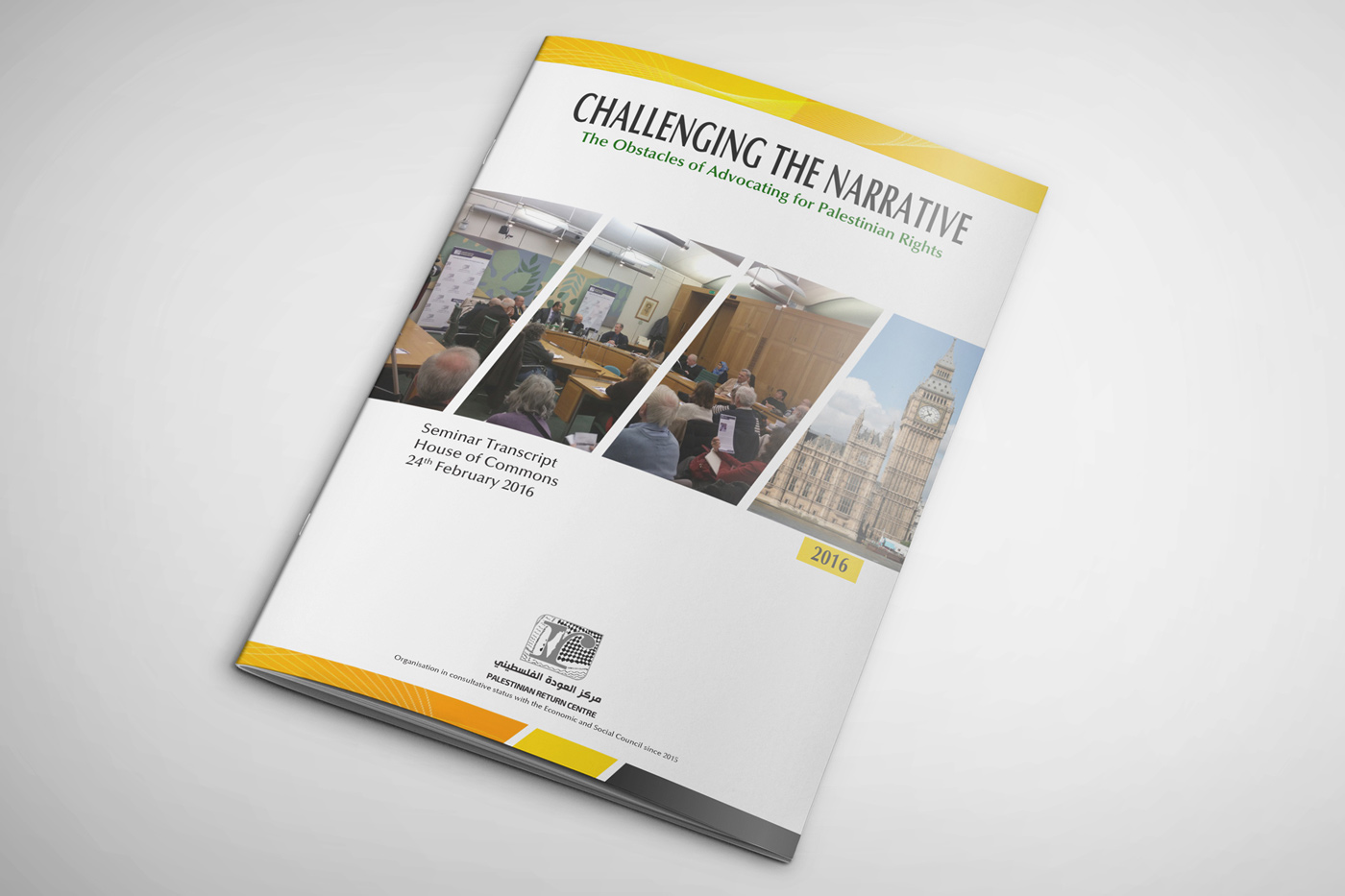 The Palestinian Return Centre (PRC) & Labour Friends of Palestine & the Middle East (LFPME) hosted a seminar at the House of Commons on 24th February 2016.

The event focused on the obstacles Palestinian advocates face when criticising Israel and its policies. The discussion looked at how the Palestinian narrative is distorted in order to depreciate efficacy and obstruct the peace process. It also discussed anti-Semitism and how Israel is employing it as a tool to silence its critics.

The event was hosted by Grahame Morris MP, Labour Friends of Palestine & the Middle East (LFPME) and chaired by Sameh Habeeb, Head of Media and PR at the Palestinian Return Centre (PRC).

The seminar focuses on the obstacles facing Palestinian advocates when criticizing Israel and its policies. They are often accused of being anti-Semites, self-hating Jews, racists, anti-democracy, and the list goes on and on.

Apparently, the size of the solidarity with the Palestinian people has tremendously increased over the last, at least, one decade due to the BDS, which has made a significant role in informing the public opinion, here, in Europe, or elsewhere in the world, where Israel and its policies towards the Palestinians became exposed.

The 5th Global Forum for Combating Anti-Semitism held in occupied Jerusalem in 2015 put a number of recommendations to be used by Israeli politicians, think-tank organisations, governmental bodies across Europe, even Latin America, China, and wherever and whenever it’s possible to resist the BDS movement.

So, some of the conclusions and recommendations or the action plan that came up from this forum is to emphasize the Jewish consensus that the BDS is anti-Semitic.