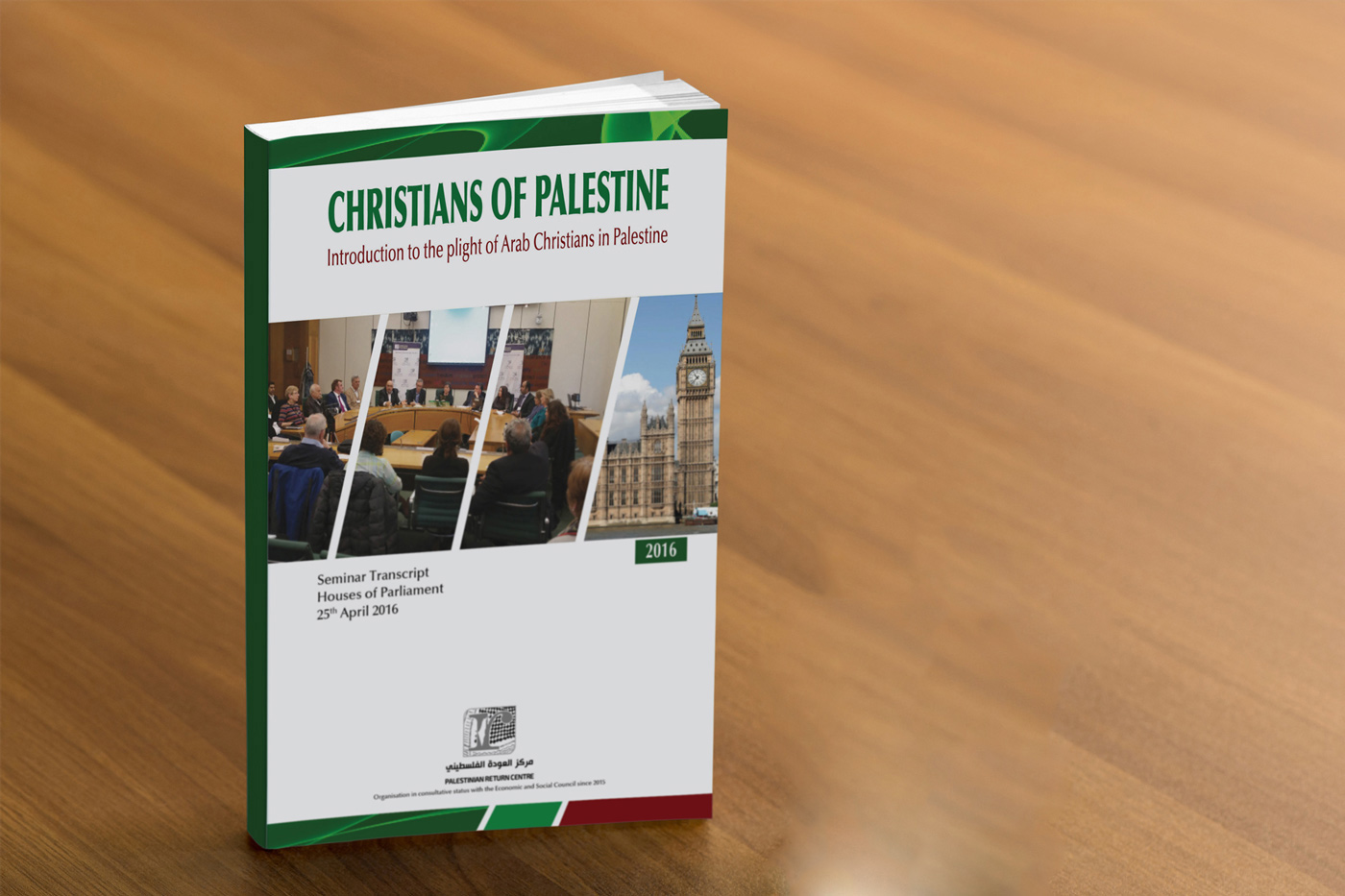 On the 25th of April 2016, the Palestinian Return Centre (PRC) organised a seminar in the UK Parliament to discuss the plight of Christians in Palestine.

When talking about the Israeli-Palestinian conflict it is easy to forget that amidst all of the politics and international wrangling about a conflict between two religious groups, Jews and Muslims, there is another small but extremely important group who also have a deep rooted and valid claim to what is undoubtedly the most disputed “Holy Land” in the world.

It may only constitute an extremely small minority of the entire population (estimates range from anywhere between 2.3%-1.5%)  but the Palestinian Arab Christians living in Palestine/Israel also have a legitimate historical and spiritual claim to the land. After all, Palestine was the birthplace of Jesus Christ, the land in which he spent his short 33 year life and even shorter term of ministry and, according to Christianity, the place of his crucifixion and resurrection as well.

Ever since the time of Jesus there has been a permanent presence of Christianity in the Holy Land. Not only is it a spiritual hub to which Christians from all over the world flock for pilgrimage and prayer, particularly during Christmas and Easter, but it has also been a home to countless Christians of numerous denominations for almost two thousand years. (Amelia Smith, MEMO, 2014)

Back in 1948, when Israel was established, Christians in Palestine made up around 18 percent of the population. Now it is around two percent only. They have been faced with the same discriminatory policies as Muslim Palestinians, pushing thousands to leave Palestine. In a 2006 poll, Christians living in Bethlehem said Israeli aggression and occupation was the main cause of emigration.