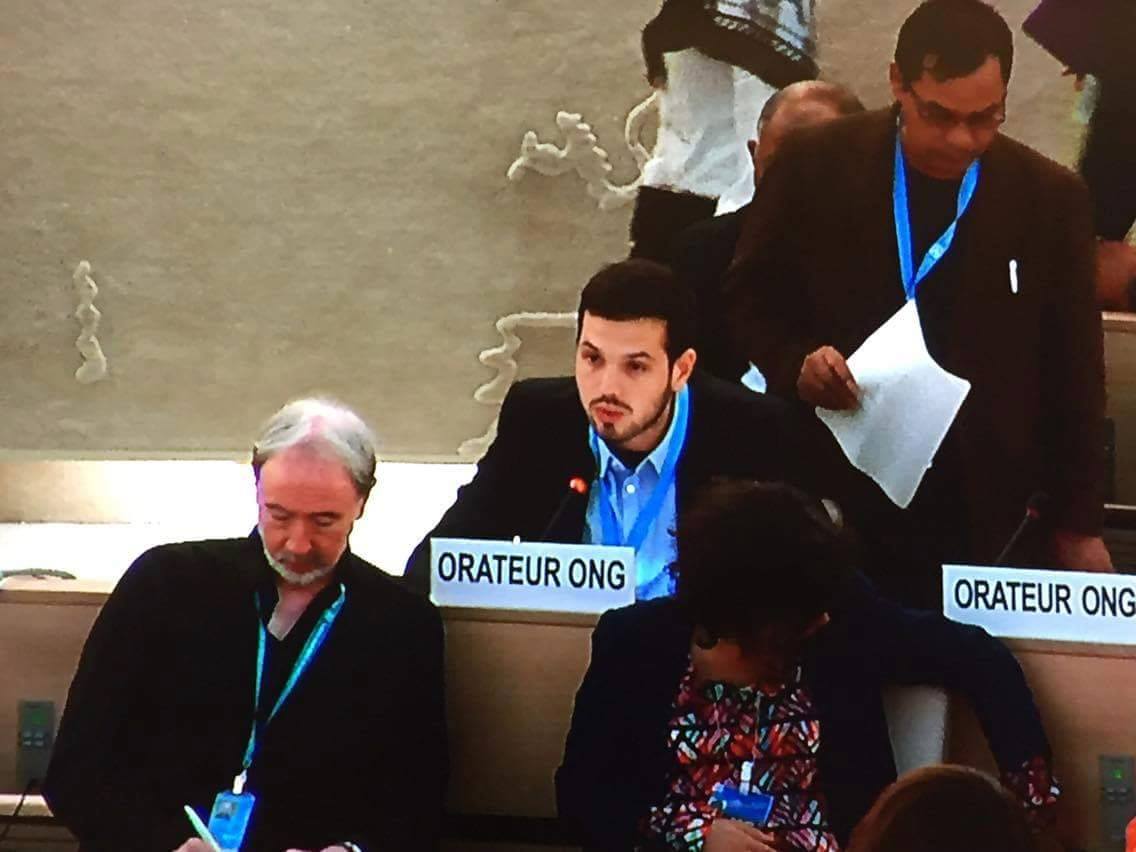 On September 20th PRC’s representative delivered an oral statement at the 33rd session of the UN Human Rights Council in Geneva during Item 3 & 5 Clustered ID with SR on indigenous peoples and the Expert Mechanism on the Rights of Indigenous People (EMRIP).


PRC’s representative stated that “More than 30 main laws discriminate, directly or indirectly, against Palestinian citizens of Israel, and the current government coalition has proposed a flood of new racist and discriminatory bills which are at various stages in the legislative process. In the State of Israel there is no guarantee of full equality for Jewish and Palestinian citizens”

On Thursday 22nd PRC will be hosting a side event at HRC33 Room XXIII 3.30 pm focusing on Israel’s illegal settlements in the Occupied Palestinian Territories. Marina Mattirolo, Legal Advisor for Diakonia IHL Resource Center Jerusalem will discuss the legal framework of the settlements. Tricia Rich, Acting Director of Palestine Solidarity Campaign UK will illustrate the role of business in causing human rights violations. Pietro Stefanini, Researcher and Advocacy Coordinator at PRC will provide data on the settlements and talk about their impact on Palestinians. The event is co-sponsored by Human Rights Watch.

PRC also submitted three written statement to the Human Rights Council. One on Palestinian Refugees in Syria suffering from torture and forced disappearance.  The continued settlements expansion in the Opt and the continued discrimination of indigenous Palestinians inside Israel were the themes of two statements.