HRC33 Side Event - Israel's settlements in the OPT 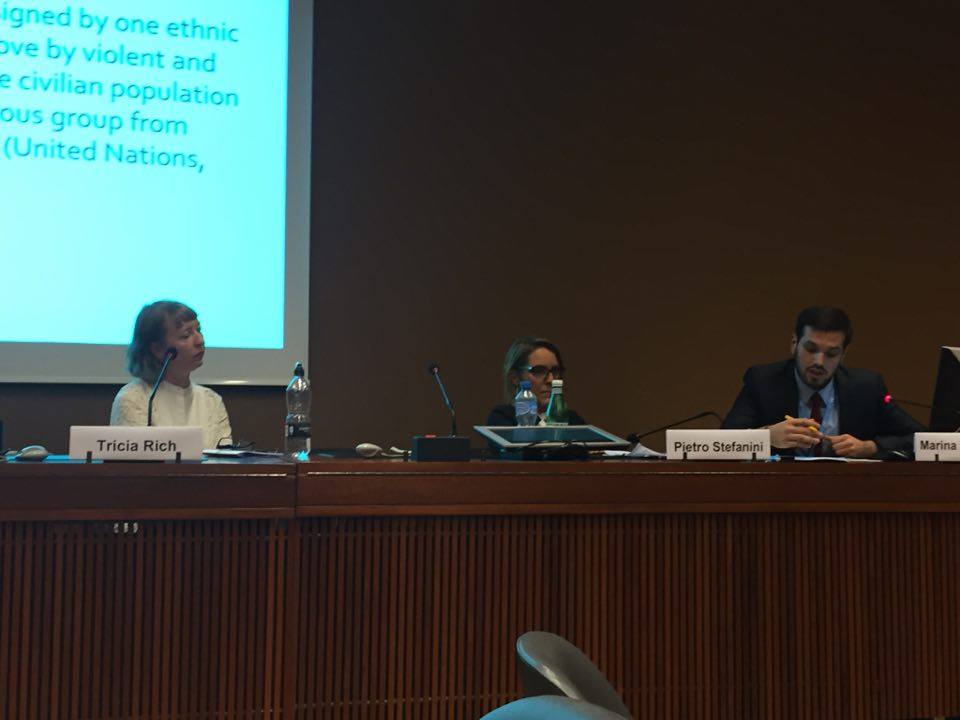 On September 22nd 2016 the Palestinian Return Centre organised a side event at the 33rd session of the UN Human Rights Council focusing on Israel’s settlements in the Occupied Palestinian Territories. The event was co-sponsored by Human Rights Watch, which also brought copies of their recently published report Occupation, Inc. The event was attended by various representatives of member states, United Nations and other international human rights NGOs.

First speaker Marina Mattirolo, Legal Advisor for Diakonia IHL Resource Center Jerusalem discussed the legal framework of the settlements. She discussed the grave violations of international law by the Occupier Power Israel, which completely disregards international norms. Mattirolo provided data on the number of current settlements and talked about the various UN recommendations that Israel continues to ignore.

John Fisher, Director of Advocacy at Human Rights Watch’s Geneva office, introduced their recently published report from the floor. He highlighted the impact that the settlements have on Palestinian development and economy depriving them of an extraordinary amount of resources.

Tricia Rich, Acting Director of Palestine Solidarity Campaign, discussed the role of businesses in causing human rights violations by engaging with the settlements activities. She also talked about the continuous expansion of settlements as building Palestine out of existence.

Pietro Stefanini, Researcher and Advocacy Coordinator at the Palestinian Return Centre, provided the audience with recent data on the expansion of the settlements. He also assessed what impact the settlements had on Palestinians. The settlements are effectively preventing the emergence of a Palestinian state and is maintaining exile for Palestinian refugees living outside the OPT. He also touched upon the role of settler NGOs and their success in driving the state to support them violating international law.