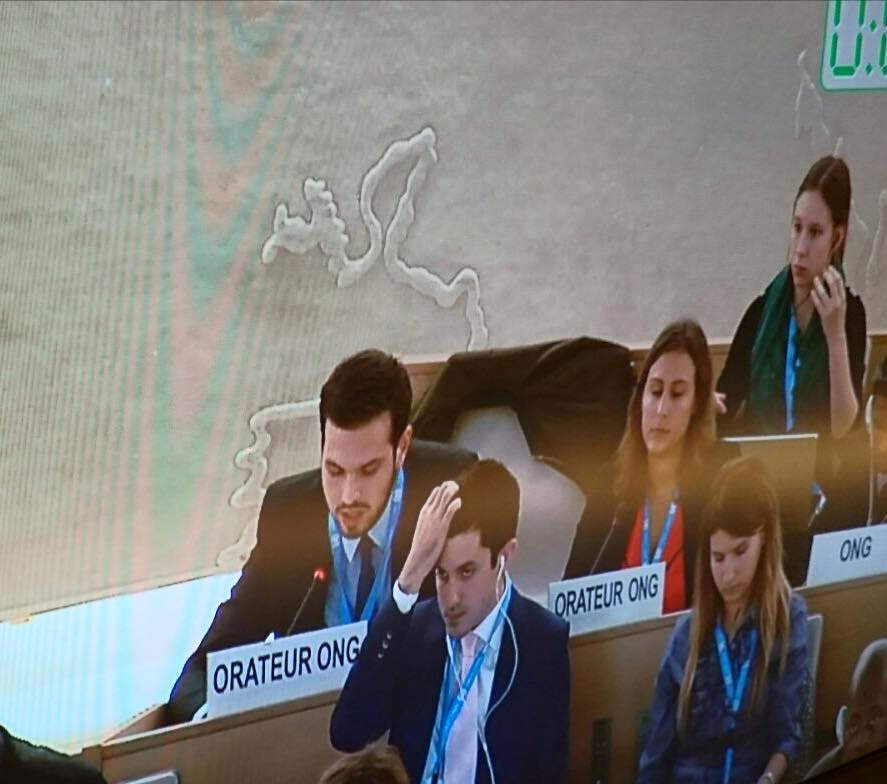 On September 23rd the Palestinian Return Centre addressed the 33rd session of the Human Rights Council during the general debate of Item 7 which covers the human rights situation in Palestine and other Occupied Arab territories.

The debate featured statements from many countries strongly critizing Israel's ongoing occupation and the related human rights violations committed against Palestinians. However, notable was the non-engagement from the European bloc, which for the second session in a row has remained silent during the debate.

"Mr. President, members of the Council,

The question of Palestine has been on the agenda of the United Nations for almost seven decades with the Palestinian people continuing to suffer under the untenable conditions of occupation, apartheid and settler colonisation. The continuing Israeli settlement activity, security measures adopted to protect settlers and their movement, and the violence committed by Israeli settlers against Palestinians and their property are behind most of the human rights violations against those in the West Bank, including East Jerusalem.

In Gaza Palestinians continue to suffer from collective punishment and extreme violence due to repeated indiscriminate attacks on civilians. And they surviving merely because of humanitarian aid in what is a man made catastrophe. But Palestinians are not just in need of humanitarian assistance, they have legitimate political claims. Any mechanism of humanitarian intervention applied without ending the blockade and the occupation is not only inefficient but is complicit with the Occupying Power.

Humanitarian assistance from the European Union continues to be targeted and destroyed by the Occupying power. Third states cannot continue to absolve themselves from responsibility, they have the legal duty to seek accountability for violations of international humanitarian law.

Finally, there has been for some time a coordinated campaign targeting Palestinian civil society and human rights defenders seeking justice and accountability. We urge the council and member states to issue public statements condemning the incidents and assert the need to protect human rights defenders working to uphold the values of international law.