Parliamentary seminar highlights the suffering of Palestinian refugees in Jordan 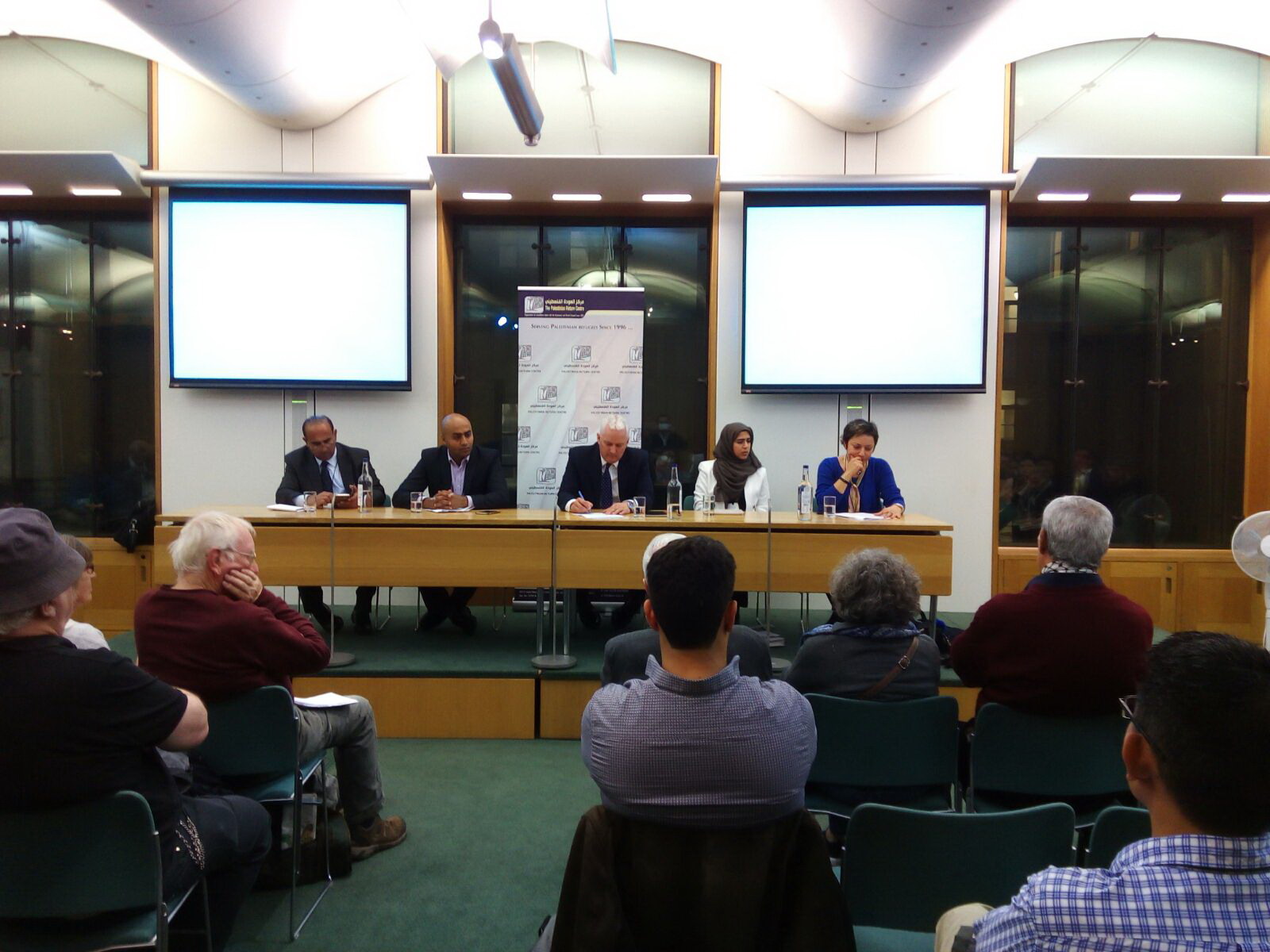 On October 10th 2016 the Palestinian Return Centre (PRC) organized an event inside the Attlee Suite of the UK Parliament to discuss the prospects of Palestinian refugees in Jordan. The event was hosted and chaired by Dr. Paul Monaghan MP of the Scottish National Party.

The second speaker of the evening was Ms Jinan Bastaki, PhD candidate at the School of Oriental and African Studies. Ms Bastaki’s talked about the impact of accepting citizenship on the Palestinian right of return. She asserted that the right of return has a robust legal basis under international law, both individually and collectively. She also pointed at other cases such as East Timor and Namibia where the right of return was implemented. Ms Bastaki also talked about her own research in the camps in Jordan where she found the issue of the right of return and the desire of Palestinian refugees to return to their homeland still a top priority. Bastaki convincingly argued how under international law Palestinians accepting citizenship in Jordan, or in other host countries, does not affect their right of return.

The next speaker to take the floor was Dr. Nadia Naser-Najjab, Associate Research Fellow in Palestine Studies at University of Exeter which focused her presentation on 'The Two-State Solution Discourse and the Issue of Palestinian Refugees'. Dr. Nadia Naser-Najjab described the continued feeling of uncertainty affecting all Palestinians as a result of Israel policies. Dr. Naser-Najjab talked about the international community holding on two the two-state solution format of conflict resolution, although it is evident on the ground that this neither applicable or a just resolution given Israel’s almost total control of Palestinian land. The main deficiency of the two-state solution, according to her, is that it negates the inclusion of Palestinian refugees into the framework. Dr. Naser-Najjab concluded that on the basis of the research that she carried out with Palestinian officials, she believes that they continue to hold on to the two-state solution framework because it is the one that the international community mostly agrees on. Therefore she suggested perhaps that there needs to be a shift in the international community’s approach to the conflict.

The last speaker to take the floor was Mr Daifallah Al-Fayaz, Deputy Chief of Mission,from the Embassy of the Hashemite Kingdom of Jordan to the UK. Mr Al-Fayaz. He talked about Jordan’s longstanding role in the conflict as a country that has hosted Palestinians since 1948 and that over the years has been hosting many hundreds of thousands of refugee from different areas. Currently Jordan is hosting over a million Syrian refugees as a result of the Syrian civil war. Mr. Al-Fayaz expressed support for the Palestinian cause and need to find a just resolution to the conflict. He also asserted that the two-state solution is very detrimental to Palestinians and actually it is the solution most aspired by Israel since it would see the Jewish country control over 75 percent, or more, of historical Palestine.

Short Link : http://bit.ly/2A4I7Jy
Tags
Next Article
Launch of the Balfour Apology Campaign: Join us in the House of Lords on October 25th
Previous Article
PRC is hiring - Call for applicants
Most Views
Related Posts