Palestinians of Syria Between Displacement and Disappearance 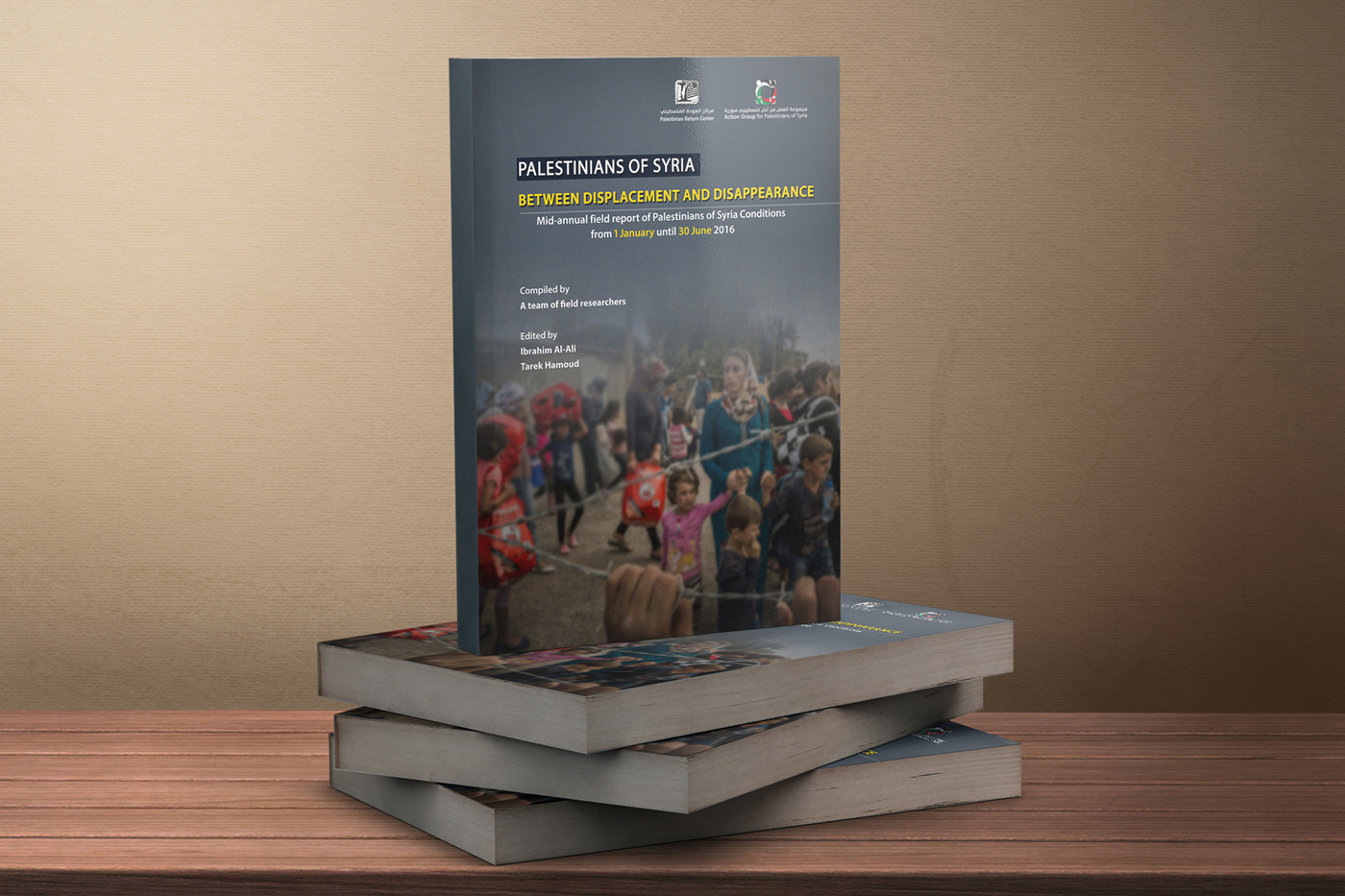 This is mid-annual field report on Palestinians of Syria Conditions covers the period from 1 January 2016 until 30 June 2016. The report kept record of the death of thousands of Palestinian refugees and the detention of hundreds in war-torn Syria.

The second part sheds light on the mountainous journey endured by the Palestinian-Syrian Diaspora in Lebanon, Gaza, Turkey, and Europe.

Four sections are, meanwhile, devoted to the deadly risks run by the Palestinians of Syria on the asylum-seeking road and the initiatives embarked on by European institutions to rein in the crisis.

The last section spotlights the death toll and number of detainees among the Palestinian-Syrian refugee community. AGPS documented the death of 3247 Palestinian refugees due to war-related incidents and accidents, both inside and outside of Syria, since the outburst of deadly hostilities until June 2016.

Compiled by: A team of field researchers