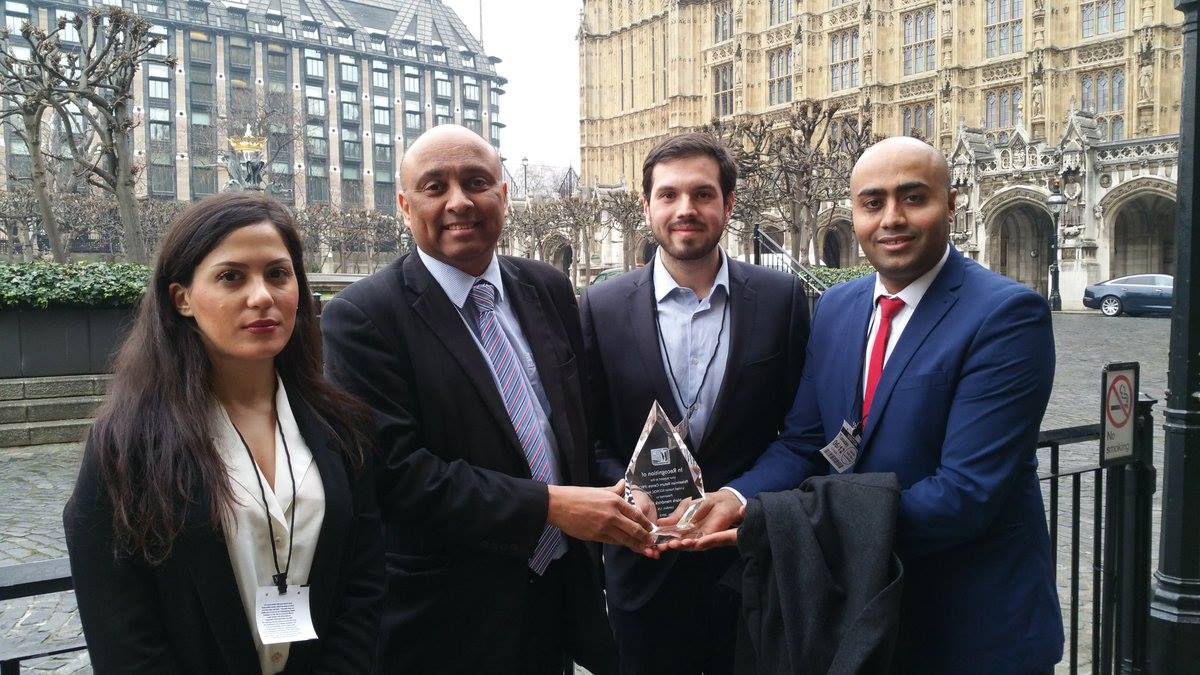 The Palestinian Return Centre (PRC) met with Mr. Mark Hendrick MP, Labour (Co-op) to present him with an award for his support to our bid to enter the UN ECOSOC as an NGO in special consultative status as well as his steady support of the Palestinian rights.

Mr. Hendrick said he was honored to receive this award and that he is committed to defend the rights of the oppressed Palestinian people. PRC discussed with him various topical issues, including the future of Arab-Israeli conflict and the UK foreign policy on Israel/Palestine and the suffering of the Palestinian people.

Mr. Hendrick stated that the situation in the Gaza Strip has deteriorated greatly since the first time he visited the region almost fifteen years ago.

In 2012, Mr. Hendrick led an Adjournment Debate in the House of Commons on the new political situation in Israel and Palestine after the United Nations voted to upgrade Palestine to a non -member observer status. [1] He led the debate and later questioned Foreign Office Minister Mark Simmonds as to whether the upgrading in Palestine’s status will affect the Governments policy in the region and what benefits this will have for Palestinian people and in trying to find peace in the region. He stated “"The vote should be welcomed as a symbolic milestone in Palestine’s ambition for statehood, rather than as “unfortunate and counter-productive”

During a House of Commons debate, happening while the 2014 Israeli war on Gaza was unfolding, Mr Hendrick said the following: ‘Given that the Prime Minister said in his statement today that the indiscriminate targeting of men, women and children is a war crime, why does he not condemn Israeli actions, rather than just making excuses for them, as he has done today?’ [2]