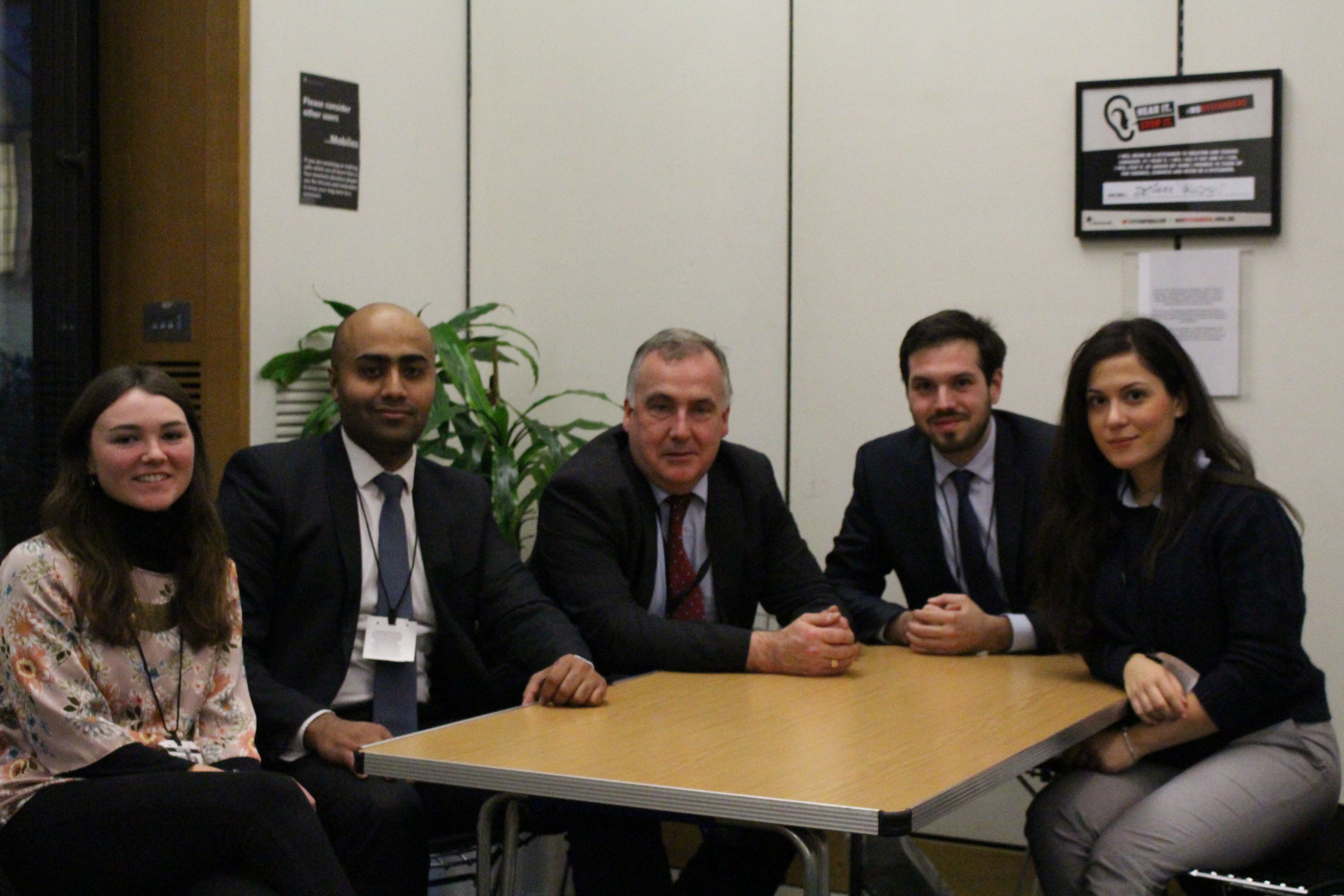 Mr. Williams was proud to receive this award and fully supported our engagement with United Nations bodies. Mr. Williams talked about his recent visit to Israel and the occupied Palestinian territories and expressed the powerful impact the experience had on his positions regarding the conflict.

Mr. Williams was particularly concerned from the witnessing the trials of Palestinian minors in military courts. He was also greatly troubled by the levels of incitement used by Israeli settlers in their views towards Palestinians.

Another eye-opening experience was hearing from Palestinians on the ground about the need to push for a ‘one-state solution’ as a result of the evident failure of the two-state paradigm.

Mr. Williams emphasized to PRC that MPs in the UK do not hear enough about the ‘one-state solution’ and there needs to be greater awareness of what this entails.

In 2014 Mr. Williams voted in favour of the motion to recognise the state of Palestine. Also in 2014, Mr. Williams signed an early day motions titled ‘Israeli Military Strikes On The Gaza Strip’ and the text was the following: “That this House regards Israel's latest attack on the Gaza Strip, Operation Protective Edge, as a disproportionate escalation of violence against Palestinians; notes that since the end of Operation Cast Lead on 19 January 2009 Israel has killed 490 Palestinians in the Gaza Strip; calls for an immediate end to Israeli military strikes against Palestinians in the Gaza Strip and military incursions into Palestinian population centres in the West Bank, both of which constitute collective punishment and are in violation of the Fourth Geneva Convention; calls for an immediate end to retaliatory rocket attacks from Gaza; and urges Israel as the occupying power to de-escalate the conflict.”