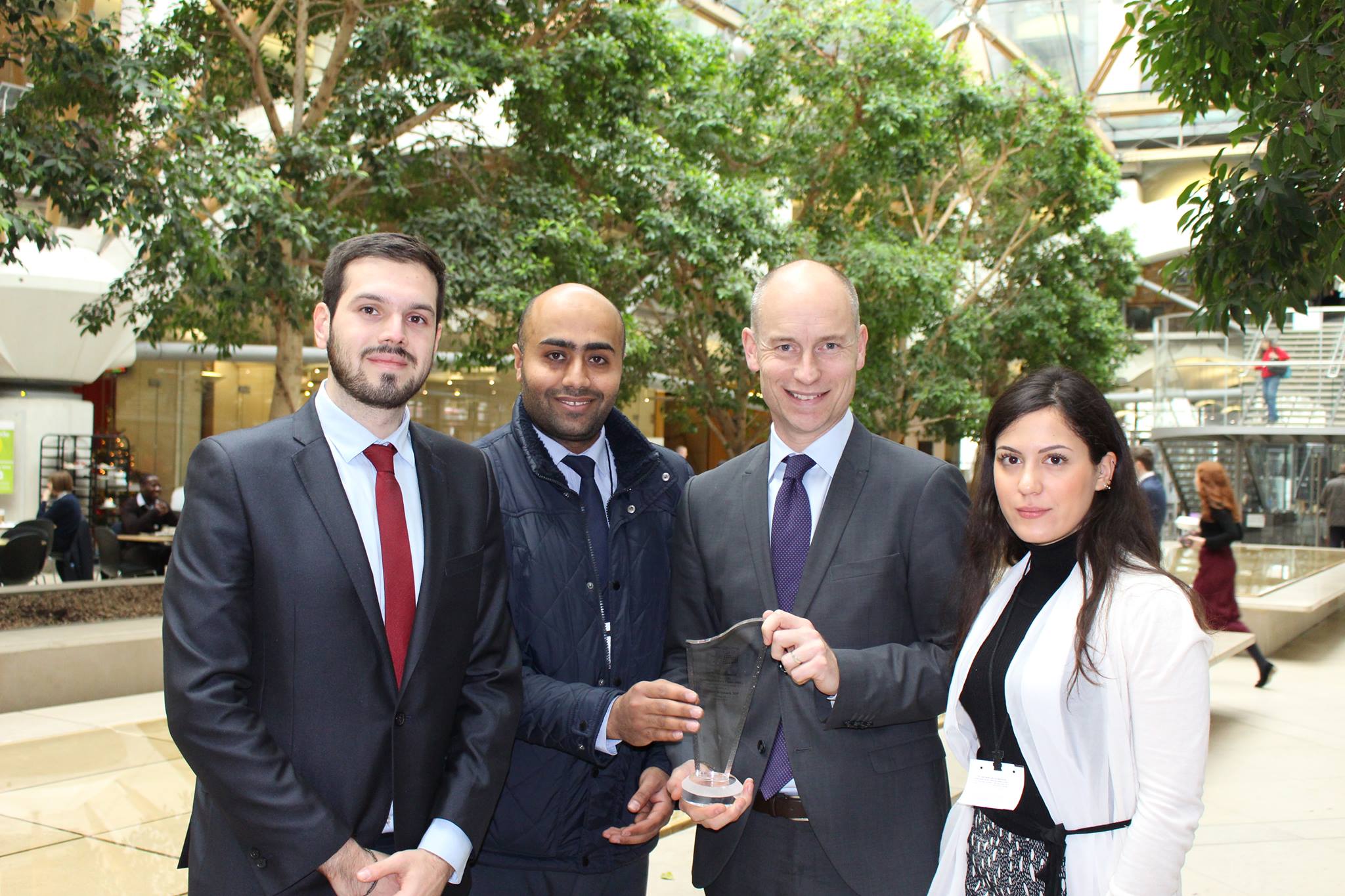 Palestinian Return Centre (PRC )met with Stephen Kinnock MP (Labour) to present him with an award for his support during our bid to join the UN ECOSOC as an NGO in special consultative status and to thank him for the his vocal pro justice and pro Palestinian positions.

Mr. Kinnock was proud to receive this award and was keen to listen about PRC’s activities at the United Nations. Mr. Kinnock and PRC discussed ways forward for the Labour party to continue to engage in promoting and defending the rights of the Palestinian people. It was also discussed the possibility of future collaborations, which Mr. Kinnock welcomed and encouraged.

After our meeting Mr. Kinnock tweeted on his account: “Proud to receive Palestinian Return Centre award. Real honour. Big thanks to @prclondon for all their work supporting Palestinian refugees”.

Stephen Kinnock MP is known of his pro Justice and pro Palestinian views. Ahead of the planned visit to Westminster by the Speaker of the Israeli Parliament, Yuli Edelstein, Mr Kinnock wrote in a statement for Labour Friends of Palestine & the Middle East: “Mr Edelstein’s presence among us today, however, cannot be allowed to pass without his status as an illegal settler being raised, and raised firmly. His view that the West Bank is disputed, not occupied, must be challenged. We must not normalise illegality or tip-toe around someone simply because they are a guest. Indeed we are entitled to label him as an extremist.”

After the 2014 Gaza conflict, Mr Kinnock wrote in the Huffington Post: "This devastating onslaught on Gaza has triggered yet another humanitarian crisis, and that’s what’s creating headlines in the here and now. But it is also possible that it has inflicted such damage on Gaza’s already crippled infrastructure that it will become an unliveable place well before 2020. You just can’t help wondering whether the Israeli government factored this into its calculations when it opted to launch such a wide-ranging attack on the Gaza Strip."