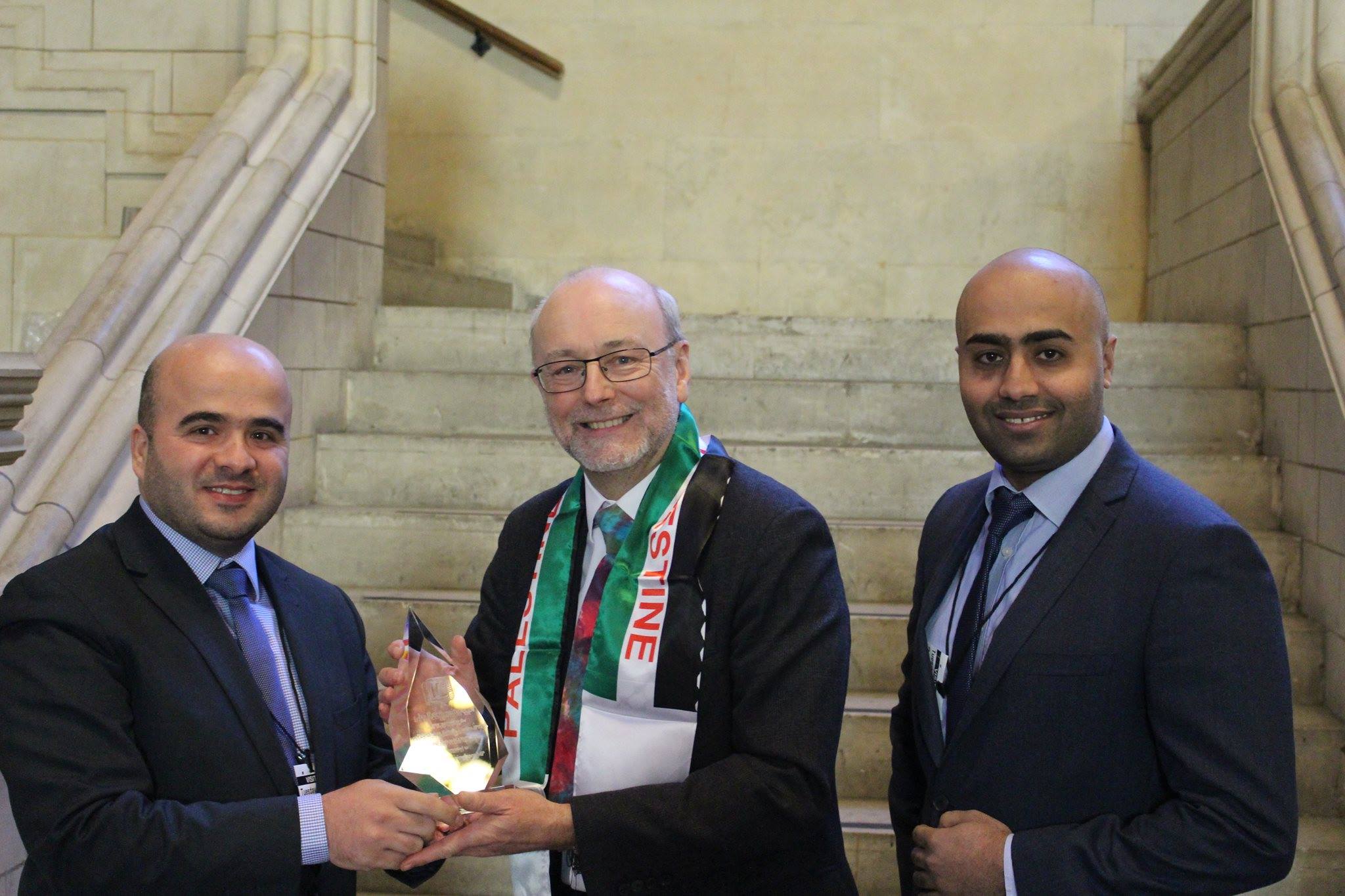 The Palestinian Return Centre (PRC) met with Labour MP for Stockton North Mr. Alex Cunningham to present him with an honorary plaque for his support to the centre’s bid to gain UN ECOSOC status. PRC thanked Mr. Cunningham for his important contribution in defending and promoting the rights of Palestinian refugees.

PRC briefed Mr. Cunningham about past activities at the UN and in the UK parliament. The past year the PRC has been actively engaging with UN mechanisms such as the Human Rights Council in Geneva. The centre has also been very active in the UK parliament hosting many events and briefing MPs on issues relating to Palestinian refugees.