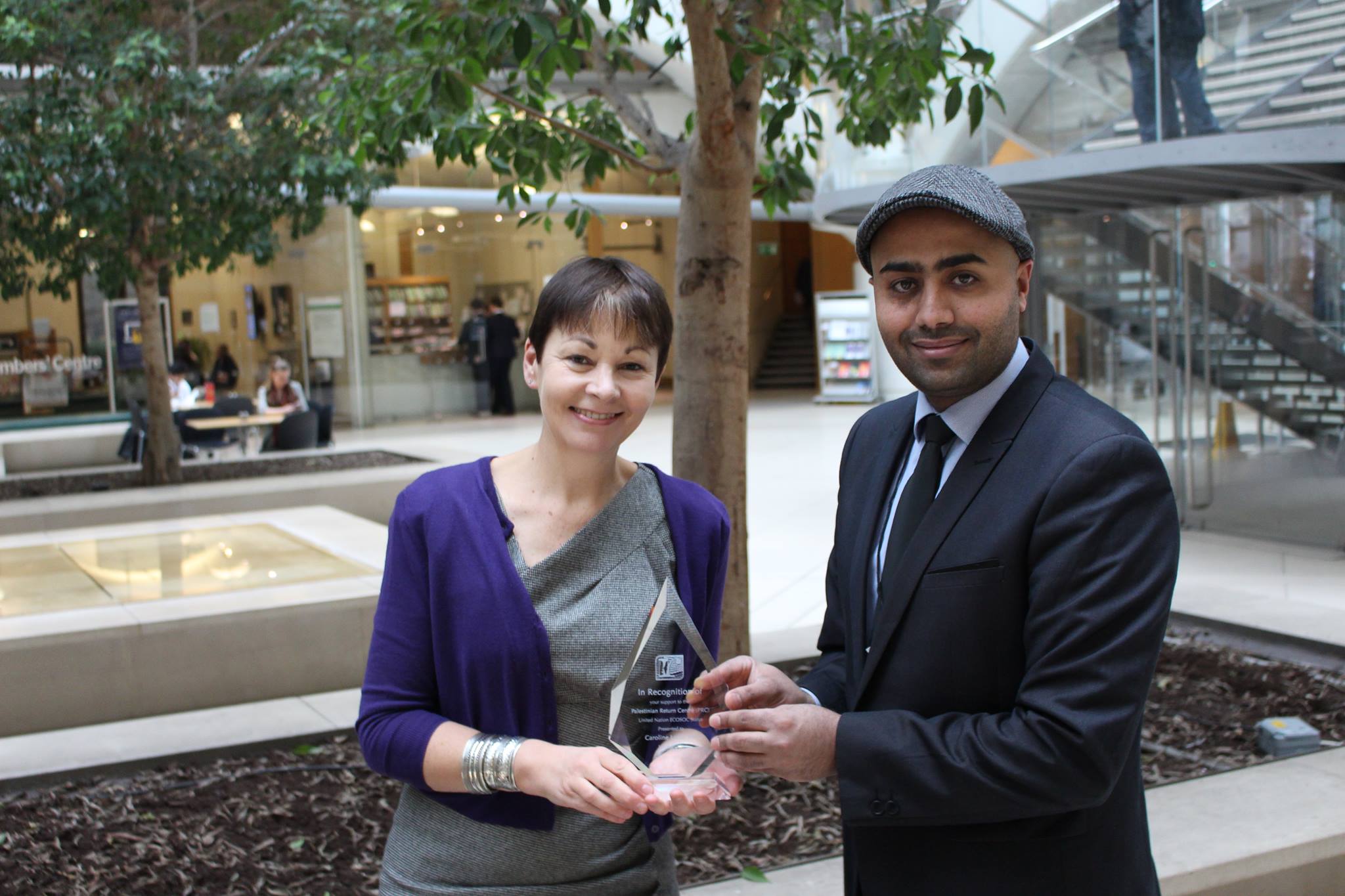 The Palestinian Return Centre (PRC) has presented an honorary plaque to Green Party’s co-leader Caroline Lucas for her support to the centre’s bid to be recognised as an NGO with special consultative status with the UN Economic and Social Council.

The Member of Parliament for Brighton Pavilion expressed her solidarity with PRC and Palestinian people in their quest for self-determination. PRC briefed her on the dire worsening situation in the Occupied Gaza Strip and asked her to raise this issue in Parliament. Ms. Lucas reassured the centre that she would make efforts to raise this particular issue.