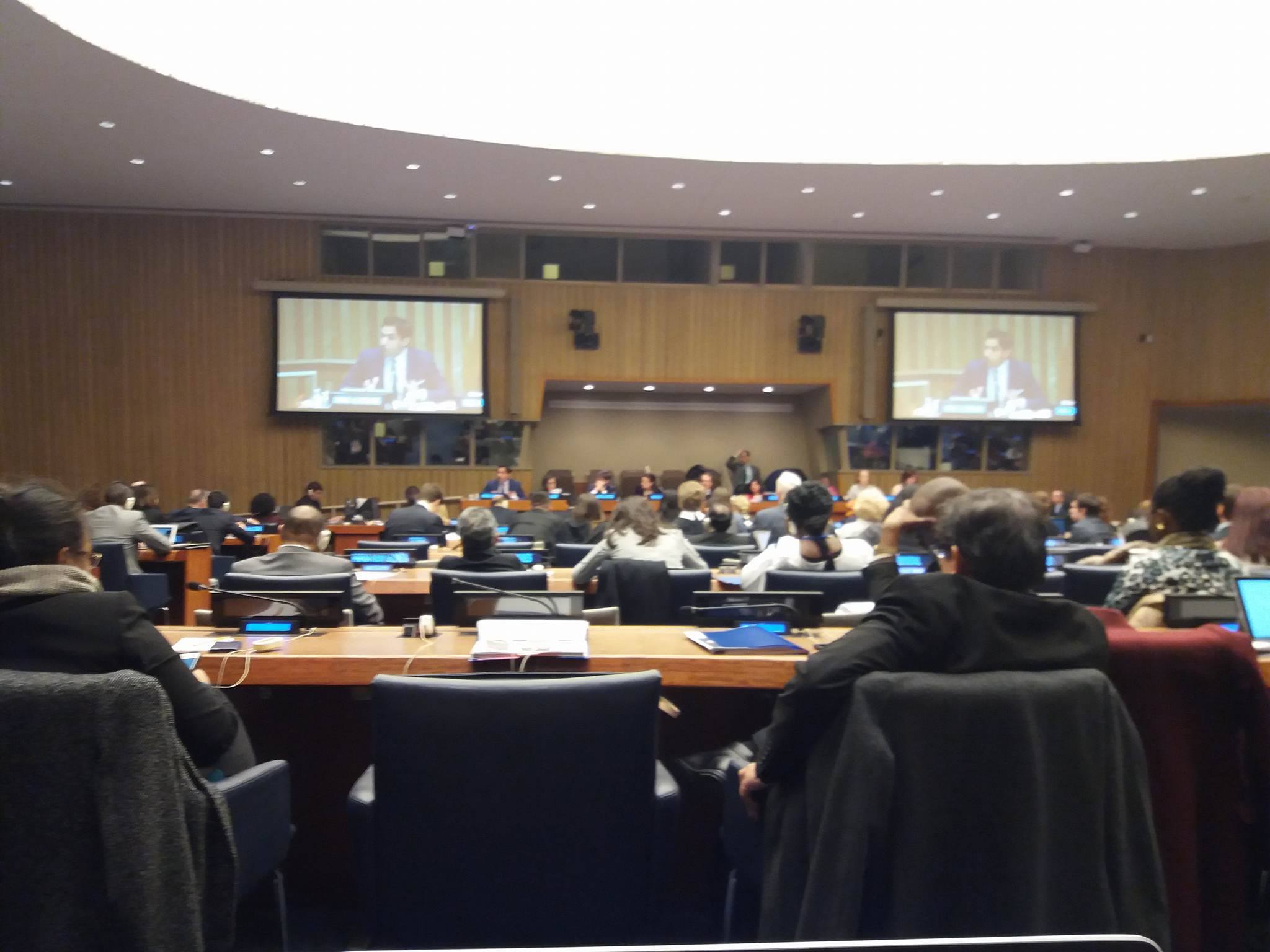 PRC attended Item 3 (c) of the Commission for Social Development which was titled Emerging issues High-level panel discussion on “Promoting Integrated Policies for Poverty Eradication: Youth Development in the 2030 Agenda for Sustainable Development.”

Pursuant to the Economic and Social Council (ECOSOC) decision 2006/18, the Commission for Social Development has included the agenda item ‘Emerging issues’ in its work programme since its 2007 ‐2008 review and policy cycle. Under this agenda item, the Commission addresses current issues affecting social development requiring urgent consideration or new cross‐cutting issues in the context of evolving global development challenges. In selecting the theme in recent years, the Bureau of the Commission also takes into full consideration the annual themes of the Economic and Social Council in order to better align its work with that of the Council, as called for in General Assembly resolution 68/1.

There were 1.2 billion youth aged 15-24 years globally in 2015, accounting for one out of every six people worldwide. By 2030, the target date for the sustainable development goals, the number of youth is projected to have grown by 7 per cent, to nearly 1.3 billion. In most regions youth populations have stabilized. In contrast, in Asia, home to most youth than any other region, the number of young people is expected to decline in the coming years. In Africa, the number of youth was 226 million in 2015 and is growing rapidly. By 2030, it is projected that the number of youth in Africa will have increased by 42 per cent. Africa’s youth population is expected to continue to grow throughout the remainder of the 21st century, more than doubling from current levels by 2055.

The panel discussion will provide a forum for the open exchange of ideas that are strategically important for youth development and the Commission. Drawing on a Note by the Secretariat on Emerging Issues and the insights of experts, the overall objective of the panel is to discuss the World Programme of Action for Youth and the 2030 Agenda for Sustainable Development, examining how existing and newly adopted frameworks for development can contribute to and enhance development efforts and outcomes for youth.