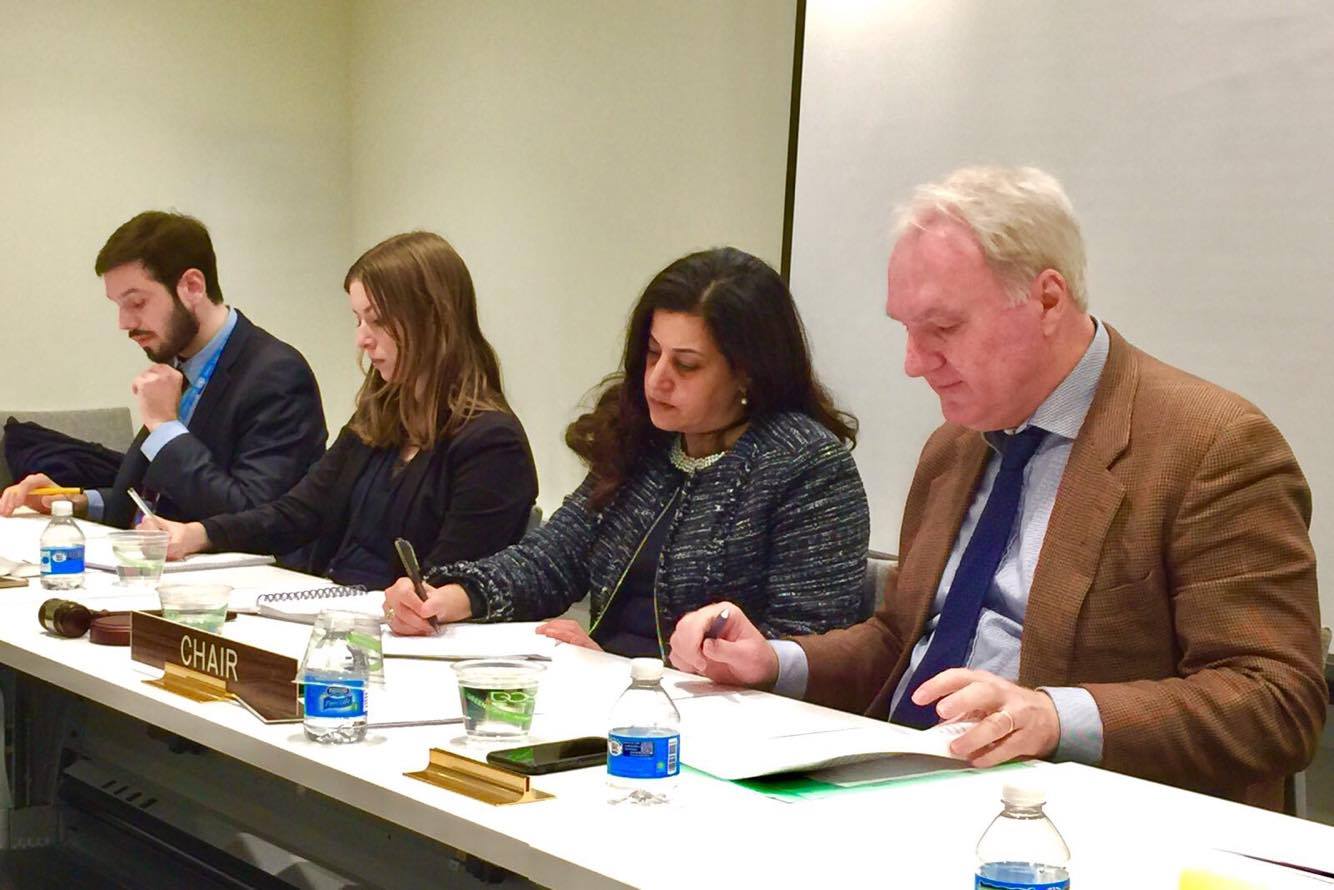 On Friday, 10th of February, the Palestinian Return Centre (PRC) attended the 55th Session of the Commission for Social Development and hosted a side-event titled “Palestinian Refugees: Poverty, Challenges and Prospects”. This event, which was chaired by Deputy Ambassador to the Permanent Observer Mission of the State of Palestine to the UN in New York Feda Abdelhady-Nasser, looked at the socio-economic conditions faced by Palestinian refugees and the challenges they face to living a dignified life, focusing on the poverty levels which continue to worsen as a result of the ongoing conflicts taking place in the region.

The first speaker, Mr Matthias Schmale, is current Director of the UNRWA’s Representative Office in New York and holds a PhD in Development Economics from the Free University of Berlin. Mr. Schmale has over 24 years of professional experience in international humanitarian and development organisations, much of which is at senior management level. Mr. Schmale shared UNRWA’s perspective on the challenges faced by refugees in Syria and Lebanon in particular.

Mr. Pietro Stefanini, Researcher and Advocacy Coordinator at the PRC, spoke next. As well as being co-editor of the Journal of Palestinian Refugee Studies, Mr. Stefanini has recently presented the findings of his research and given talks at the European Parliament in Strasburg, in the UK Parliament and at the Human Rights Council in Geneva. He focused on the socio-economic challenges faced by Palestine refugees who are living in the Occupied Palestinian Territories (OPT).

The third speaker, Ms. Anne Irfan, is a PhD student at London School of Economics, where she is researching the historical development of UNRWA’s work in the Palestinian refugee camps. In addition to this, she has been involved in a London-based campaign by NGOs to highlight the plight of Palestinian refugees from Syria, speaking on the subject in UK Parliament last year. Ms. Irfan looked at the role of education in tackling poverty among Palestinian refugees.

Finally, Ms. Leila Hilal, an independent researcher and writer on Middle East affairs and a former legal adviser to the Palestinian negotiating team on refugees, concluded the session. Ms. Hilal, who has led numerous research missions on human rights and post-conflict scenario building and transitional justice in the Middle East, explored the topic of Palestinian refugee rights and solutions.

Many missions to the UN were in attendance, including Canada, Belgium and Argentina. Cuba was also in attendance and participated by commenting and asking questions. International NGO Human Rights Watch was present, among many other individuals and representatives.