PRC Event at the House of Commons 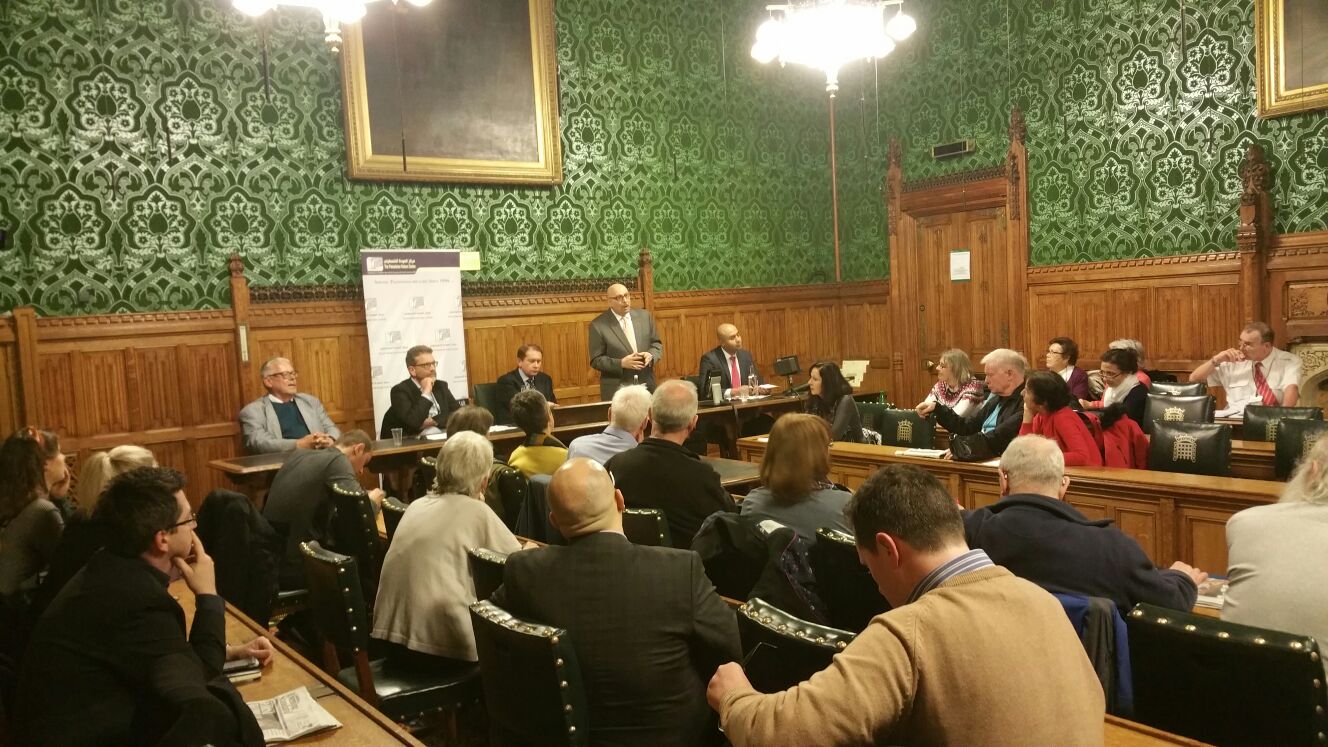 PRC hosted an event at the House Commons, chaired by Conservative MP for Kettering, Philip Hollobone, titled “UK’s Position on Israel/Palestine in the Trump and Brexit era.”

The meeting discussed potential changes in policy towards Israel and Palestine in light of the recent shift to the right, both in the UK and the US.  The speakers evaluated the challenges to peace, Trump’s rhetoric of moving the US embassy to Jerusalem, the increase in settlement building in reaction to resolution 2334 and Theresa May’s insistence on marking the anniversary of the Balfour Declaration.

The first speaker, Manuel Hassassian, Palestinian Ambassador to the United Kingdom, talked about the continuation of Palestinian injustice and how Trump’s Presidency will only contribute further to this.

Ben Jamal, Director of the Palestine Solidarity Campaign was the next speaker.  He stressed that the window for the two-state solution has passed, and that the policy suffers because Israel has always wanted Palestine to be less of a state.  Jamal did shed some positive light on the Trump presidency suggesting that it could shake up a US foreign policy which he explains creates deadlock.  He ended by stressing the importance of sanctions as the international community’s best action towards Israel.

Convenor of the Liberal Democrats Friends of Palestine, Jonathan Fryer, spoke about how the UK had a different history with Palestine than the United States.  The UK, Fryer argues, will have less influence on EU’s position on Palestine after Brexit.

Sameh Habeeb, Head of Communications at the Palestinian Return Centre, ended the speeches by talking about Britain’s need to take responsibility for its role in Palestine instead of simply following the United States. He also highlighted the Balfour Apology Campaign’s petition launch.

During the Q&A session it was concluded that the pro-Palestine community needs to come together and formulate a coherent strategy in 2017 to effectively persuade the UK government to apologise for Balfour and lead the international community in finding workable solutions to the Palestinian crisis.