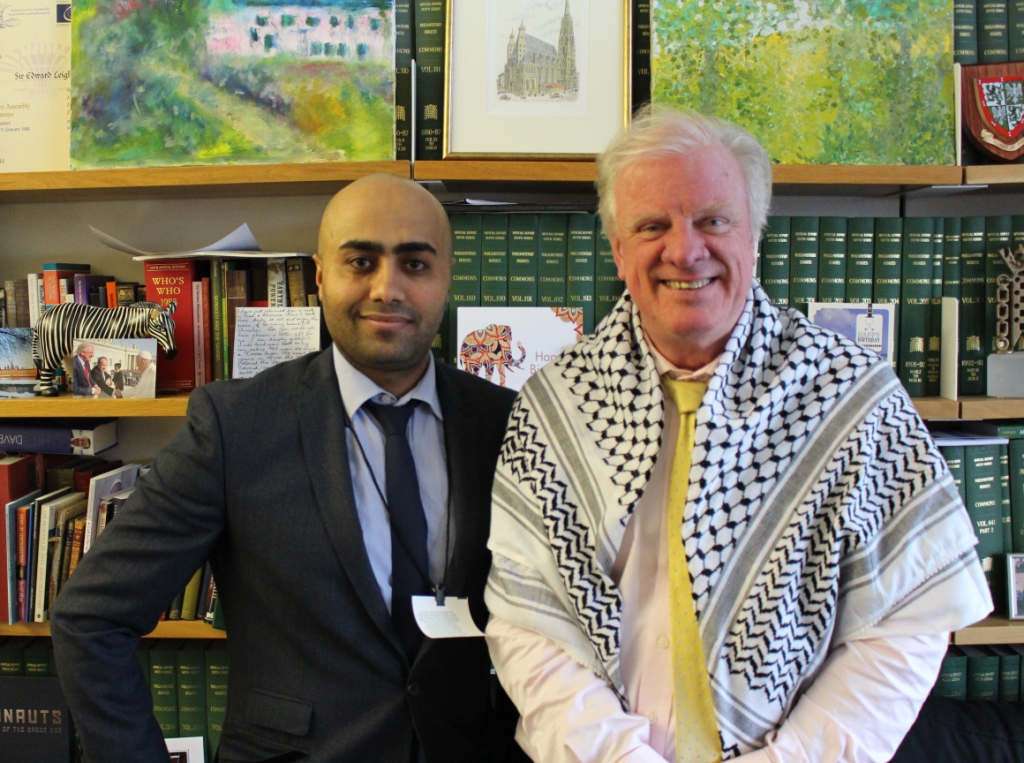 The Palestinian Return Centre (PRC) met with Sir Edward Leigh MP to introduce the work of the PRC.  Recent activities in Parliament and in the United Nations were on the agenda.

Sir Edward Leigh, a long-time supporter of Israel has advocated that it is now time to recognise the injustice of the Palestinians’ plight. He sees that Israel needs to start relaxing controls in and out of Gaza and stop the settlements.

The PRC updated Leigh on their recent side-event at the UN headquarters in New York titled ‘Palestinian Refugees: Poverty, Challenges and Prospects’ which discussed the socio-economic conditions faced by Palestinian Refugees.  Recent meetings with MPs and the PRC’s upcoming event at the House of Commons hosted by fellow Conservative MP Philip Hollobone, on the impact of Trumps Presidency on Israel/Palestine policy were deliberated on.  Leigh was also filled in on the PRC’s impending trip to the UN in Geneva in which the NGO will be meeting with Missions and hosting another two side-events.

Short Link : http://bit.ly/2A541MP
Tags
Next Article
PRC gives lecture at University of Essex on the Palestinian Right to Return
Previous Article
PRC Event at the House of Commons
Most Views
Related Posts