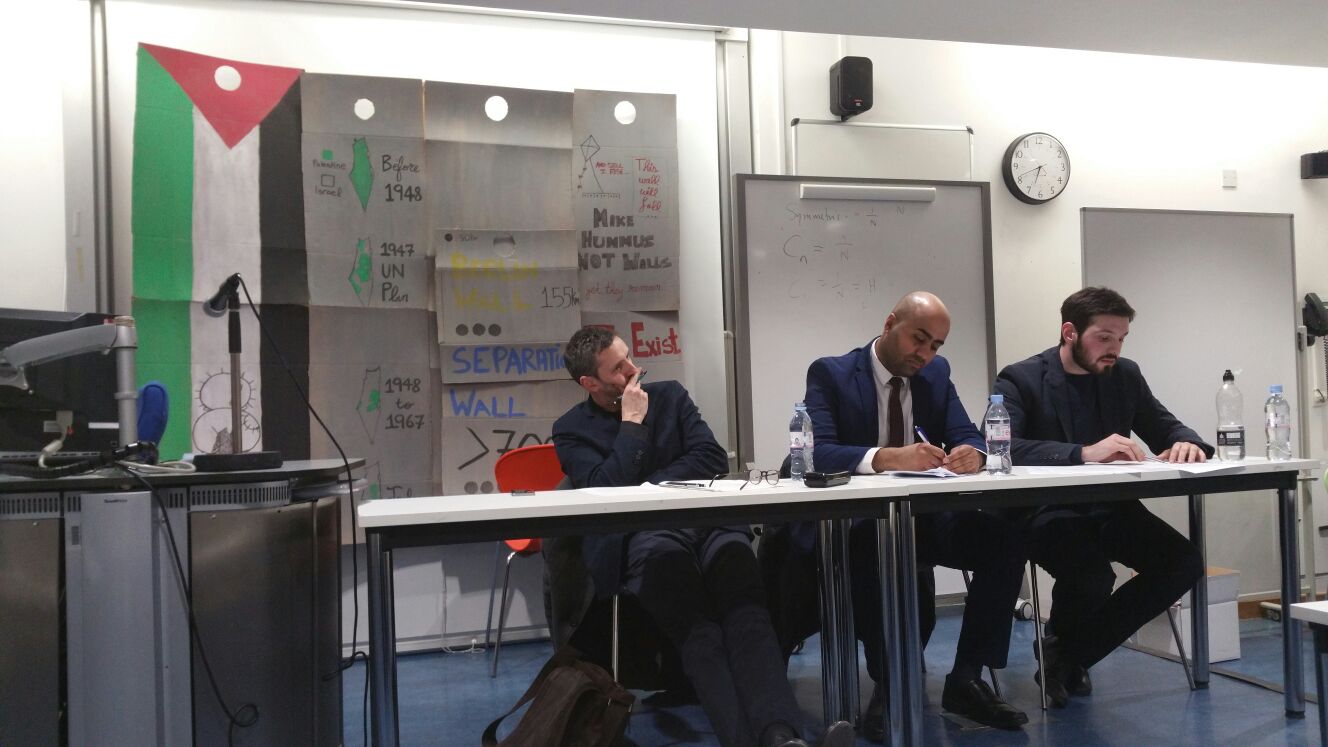 The Palestinian Return Centre (PRC) was invited to speak at an event organised by the London School of Economics Palestine Society as part of Israeli Apartheid Week.  The talk was a two-part academic event, the first half focusing on the centenary of the Balfour Declaration and the second half understanding apartheid, discussing settler colonialism and how to end it.  The events speakers included Peitro Stefanini, Researcher and Advocacy coordinator at the PRC.  Mr. Sameh Habeeb, Head of Media and Communications at the PRC, and concluded with Dr. John Chalcraft Associate Professor in the History and Politics of Empire/Imperialism at LSE.

Peitro Stefanini began the proceedings by introducing the history of the Balfour Declaration.  He highlighted the insincere geostrategic motivations which led to the issuing of the Declaration.  Stefanini also discussed the legacy of the British Mandate and how their implementation of colonial rule became embedded in the new Israeli colonial regime.

Sameh Hebeeb developed on Mr. Stefanini’s speech about the legacy and impact of the Balfour Declaration post 1948.  Discussing how the document directly resulted in the Palestinian Nakba.  Mr. Habeeb used his speech to enlighten and promote the Balfour Apology Campaign, which is calling on the British Government to apologise for its role in the Arab –Israeli conflict and lead international peace keeping efforts.  To conclude the speech Habeeb spoke of what good an apology would do to the peace process in formally acknowledging the Palestinian suffering.

The last speaker, Dr. John Chalcraft opened up the second part of the event by situating Israeli colonisation in a larger context.  He highlighted and applied the core models of colonialism and then explored how in each case the colonial regime had ended, in order to find a model that would fit within the Israeli framework.  From this he concluded the South African model of social movement was the most appropriate for Palestine and went onto discuss his own research into the success and pitfalls of the BDS movement in relation to the French water company case Veolia.

The event ended with a Q&A session which advocated not getting caught up in the one-state two-state solution argument, acknowledging that there is not any viable room left for two states.  Mr. Habeeb also concluded by highlighting the PRC’s petition calling on the British Governments apology.