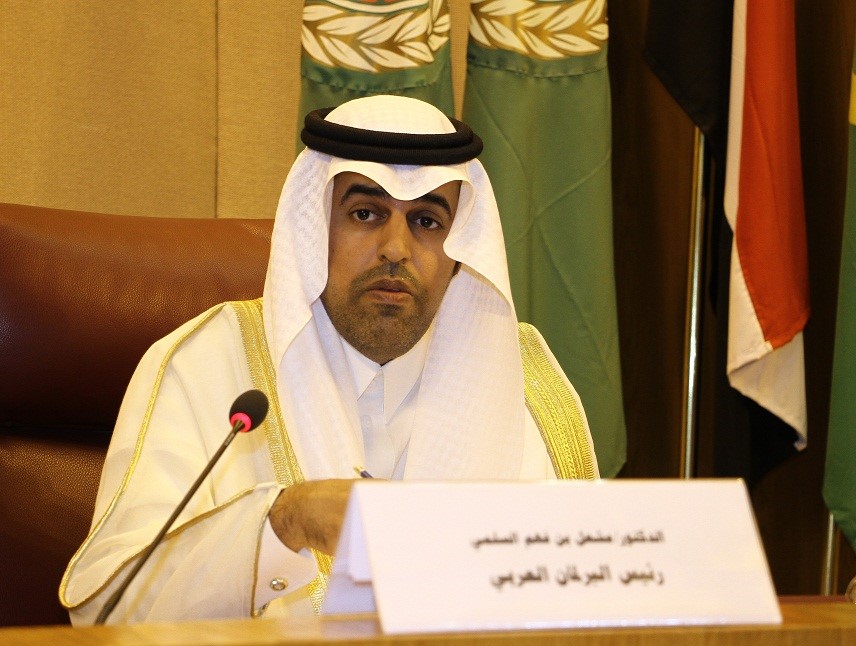 Chairman of the Arab Parliament (AP), Dr. Meshaal AlSalmi, expressed his full support for a petition by the London-based Palestinian Return Centre (PRC) calling on the British government to apologize for the notorious Balfour Declaration, which pledged a homeland for the Jewish people in historic Palestine a century ago.

Speaking with PRC Executive Director, Tarek Hamoud, by phone, AlSalmi voiced AP’s back-up for underway endeavors to pressure Britain to make an apology for the Balfour pledge, vowing to take all necessary steps to that very end.

For his part, PRC Executive Director, Mr. Tarek Hamoud, hailed AlSalmi’s position and expressed hope that AP’s backing would herald a turn for the better vis-à-vis the Palestinian cause.

The Cairo-headquarted AP was established following the adoption of Resolution 292 at the Arab League Summit held in Algiers in March 2005.