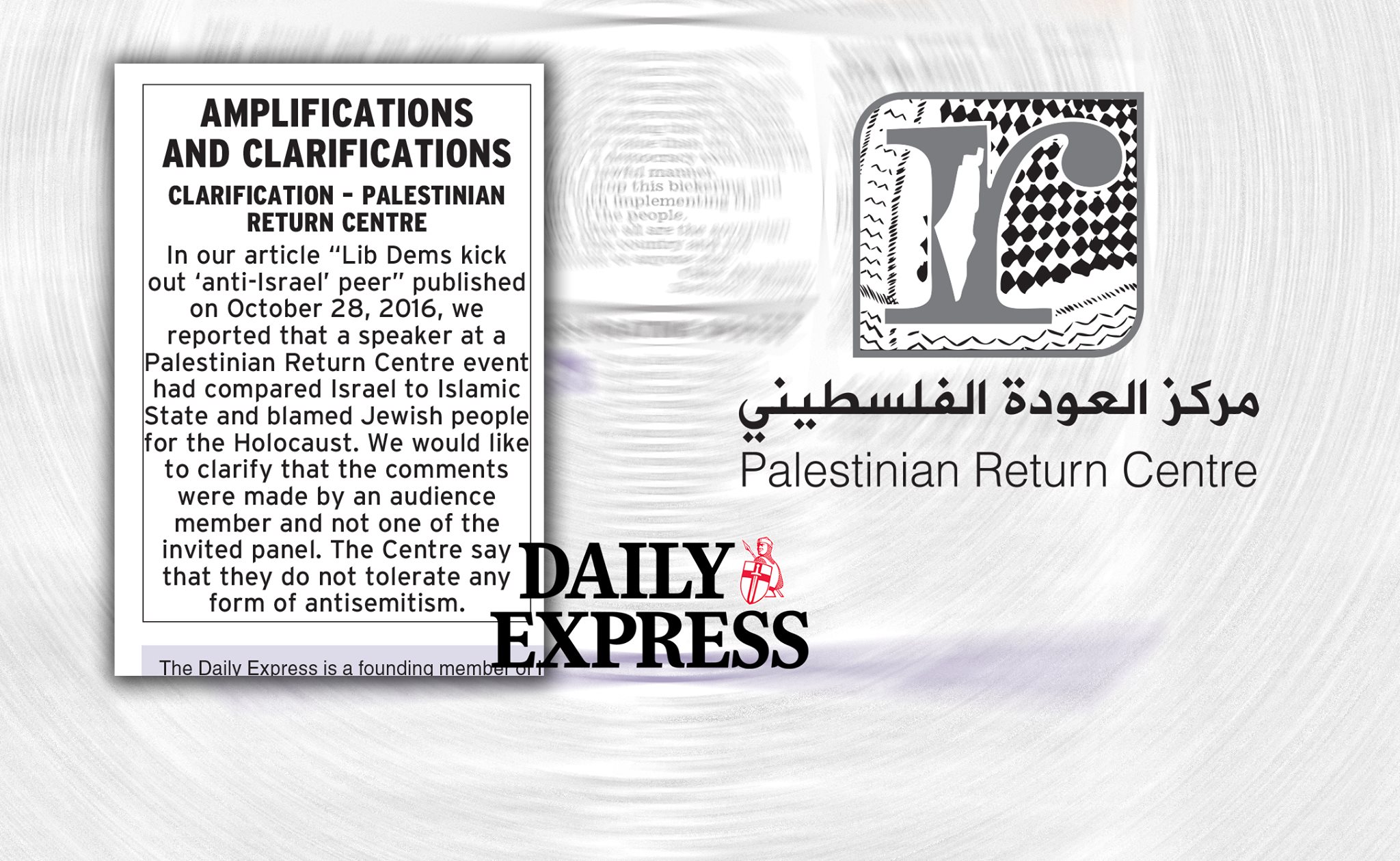 The Daily Express Newspaper made clarifications over inaccurate media coverage of the launch of Balfour Apology Campaign hosted in the House of Lords last October by Baroness Jenny Tonge.

In an article published byDaily Expresson Friday, October 28, the journalist claimed that a speaker from the Palestinian Return Centre (PRC) made anti-Semitic comments. The article of the Daily Express was misleading and included various grim and smearing mistakes.

PRC has formally complained against the paper's misleading coverage to the Independent Press Standards Organization (IPSO) and pushed for an immediate apology by Daily Express.

The Times and Daily Mail newspapers are expected to undergo similar press watchdog investigations over a PRC complaint  due to their failure to pay attention to factual precision when publishing articles.

PRC believes such erroneous data might harm the group’s long-standing repute and privileged position as a human rights institution granted a special consultative status with the United Nation’s ECOSOC.