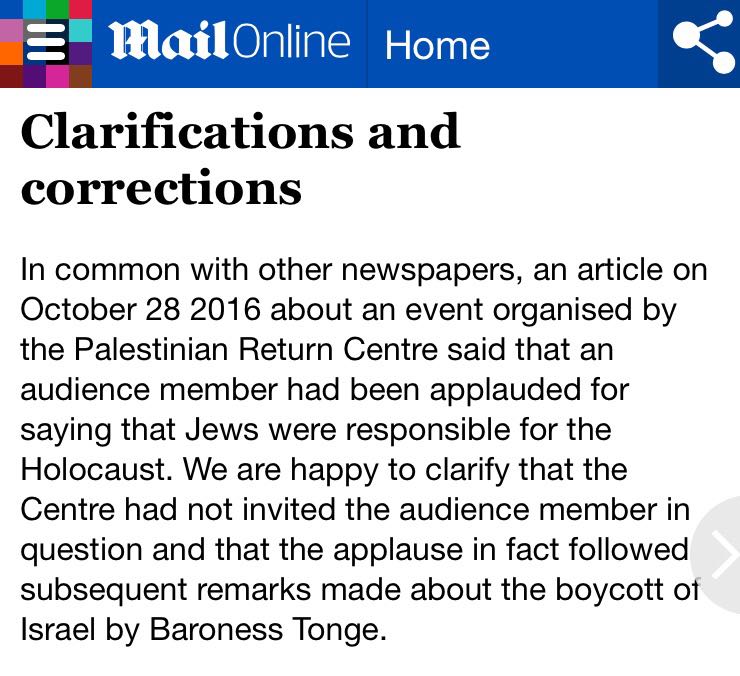 The English-speaking Daily Mail newspaper backtracked on inaccurate media coverage of a PRC seminar held at the House of Lords in October 2016, and which was chaired by Baroness Jenny Tonge, to announce the launch of the Balfour Apology Campaign (BAC).

PRC had formally protested against the paper's counterfeit reporting to the Independent Press Standards Organization (IPSO) and pushed for an immediate apology by Daily Mail.

In an apology published by Daily Mail on March 7 under the heading “Clarifications and Corrections”, the paper backtracked on comments that figure in an article published on October 28, 2016 accusing the audience of applauding a speaker “for saying that Jews were responsible for the Holocaust.”

Daily Mail acknowledged that the speaker in question had not been invited by PRC and that the round of applause “in fact followed subsequent remarks made about the boycott of Israel by Baroness Tonge.”