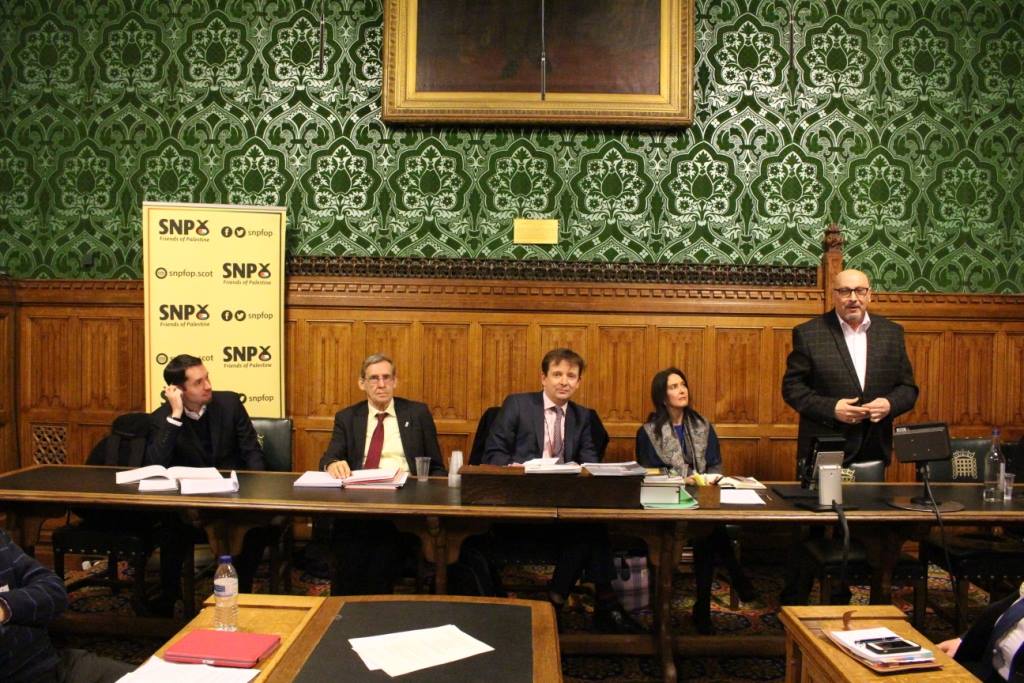 Speaking at the meeting, Palestinian ambassador to the UK, Manuel Hassassian, slammed the pro-Israel position adopted by the British Government and its apathy vis-à-vis Israel’s illegal settlement expansion.

Harking back to her stopover in the occupied West Bank, Margaret Ferrier MP (Scottish National Party) said Israel’s settlement activity is blocking the establishment of a Palestinian state by imposing a new fait accompli on the ground.

Ferrier MP further drew attention to the abject conditions endured by the Palestinians in refugee camps scattered across the blockaded Gaza Strip and the occupied West Bank due to the separation fences built around Palestinian land and the quasi-permanent closure of border crossings.

Lawyer Tareq Shrourou underscored the illegitimate nature of the Israeli settlement outposts, dubbing them another chain in Israel’s incessant violations of international law.

The meeting falls in with the launch of the Balfour Apology Campaign (BAC) staged by PRC so as to urge the British government to apologize for signing the pledge and to backtrack on its attempts to mark the Balfour Declaration centenary.