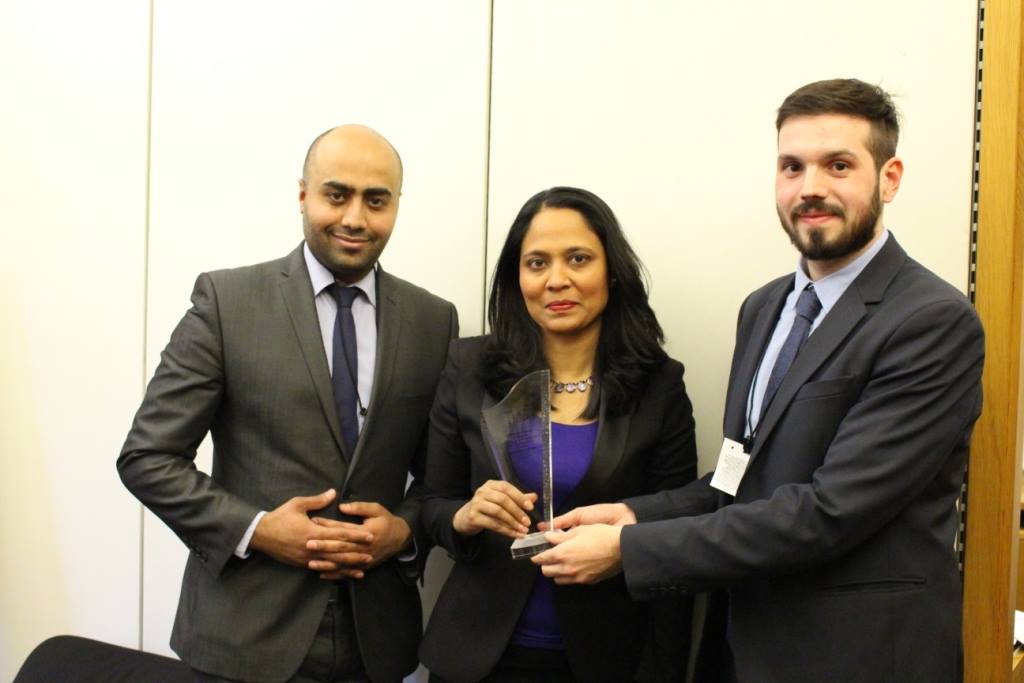 The Palestinian Return Centre (PRC) met with Rushanara Ali MP (Labour) to present her with an award for her support during the PRC’s bid to join the UNECOSOC as an NGO with special consultative status.  Ali was pleased to accept the award and keen to discuss the PRC’s recent activities in Parliament and at the United Nations.

During the meeting the PRC and Ali also took time to explore the current and ongoing problems in the region.

Rushanara Ali a member of Labour Friends of Palestine and the Middle East has long been calling for Parliament to recognise Palestine as a state alongside a secure Israel.  In 2014 the Labour MP took to the streets by joining London demonstrators protesting against rising Palestinian death tolls in the 2014 Gaza War. The MP has for long supported the Palestinian people and their right to self-determination

Ali was briefed on the PRC’s recent events in Parliament, as well as the PRC’s meetings with other MPs. She was also updated on the PRC’s trip in January to the United Nations headquarters in New York and filled in on their activities at the upcoming United Nations Human Rights session in Geneva at the end of March.

Rushanrara Ali also provided constructive advice on the PRC’s strategy with parliamentarians which the PRC has taken on board. The meeting was a success and it is hoped Ali will continue to support the PRC in their future activities.