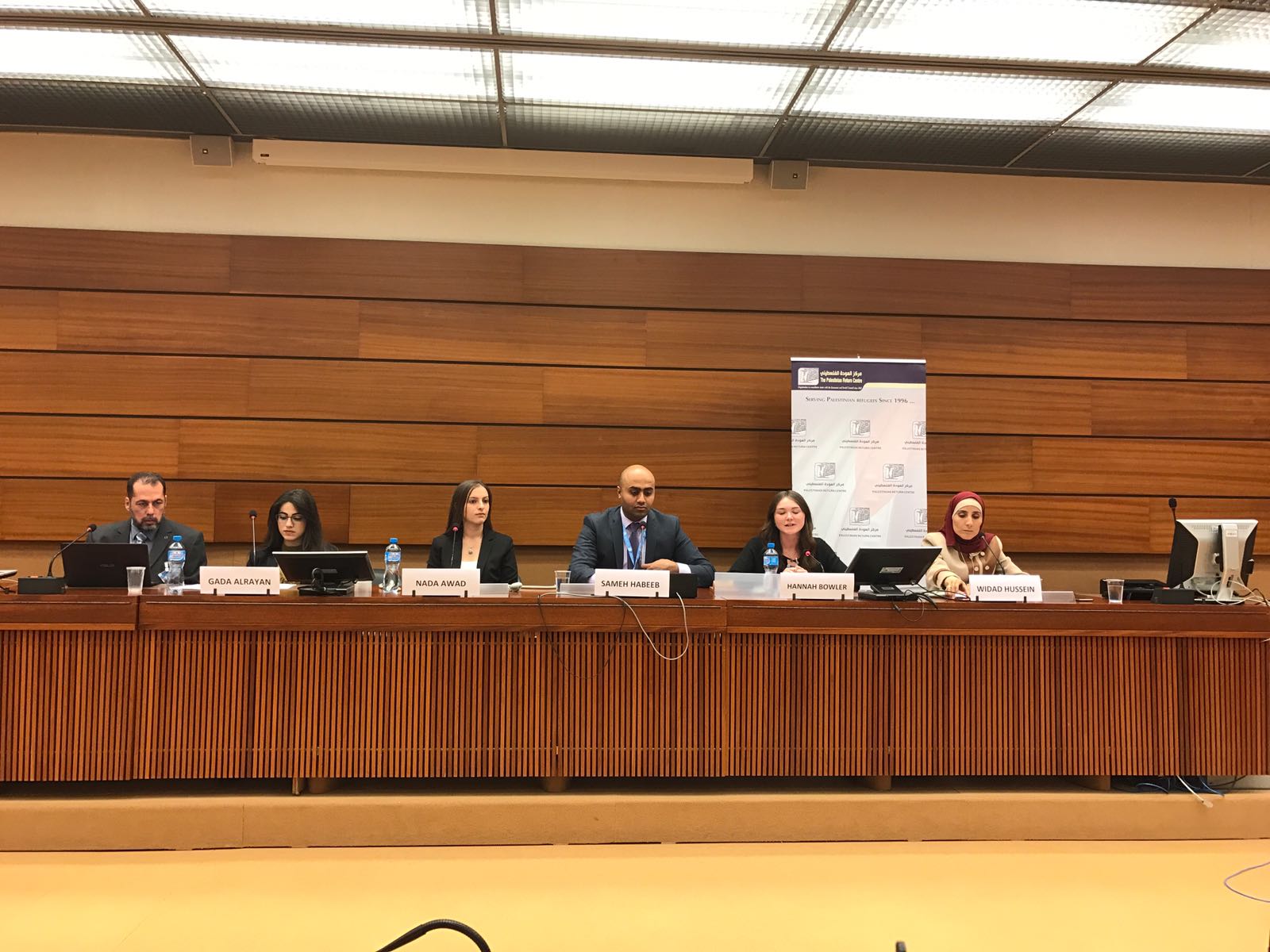 A seminar was held by the Palestinian Return Centre (PRC) to discuss the cause of Justice and accountability in the occupied Palestinian territories as part of the 34th Session of the United Nations Human Rights Council (UNHRC) held at the UN headquarters in Geneva.

Human rights activist Nada Awad and Director of Media and Public Relations Department at PRC, Sameh Habib, along with a spokeswoman for the Euro-Mediterranean Human Rights Monitor Ghada AlRayan, and Euro-Med researcher Widad Hussein were in attendance. The debate was chaired by PRC researcher Hana Poler.

Mrs. Hussein tackled the breaches of law and the frequent attempts by the law breakers and criminals to whitewash their crimes and evade fair accountability over cases of extrajudicial killing carried out under the pretext of self-defense and psychological disorders.

Nada Awad raised the issue of collective punishment pursued by the Israeli occupation against the Palestinians in the occupied West Bank and Occupied Jerusalem, in a barefaced violation of basic human rights law.

Researcher at the Euro-Mediterranean Human Rights Monitor, Ghada AlRayan, spoke out against the fallouts of the Israeli separation fence and the decade-long blockade on the Gaza enclave, dubbing them policies of collective punishment and pushing for their criminalization.

The Seminar comes as a part of PRC contribution to UNHRC’s 34th Session held at the Palais des Nations, in Geneva to discuss the situation of the Palestinian refugee community in Syria, Lebanon, Jordan, and Gaza.