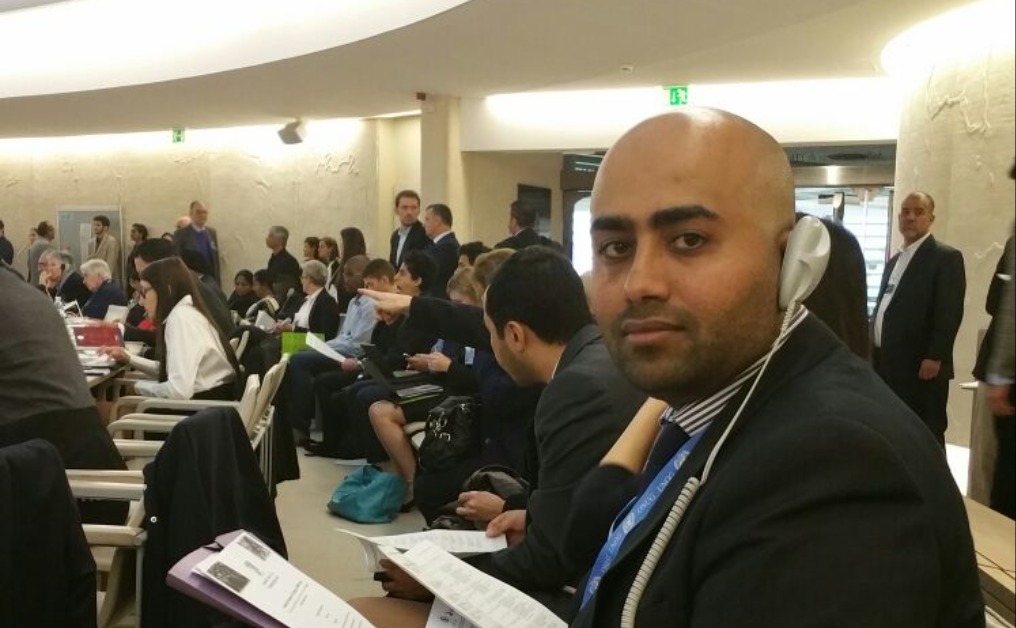 Palestinian Return Centre (PRC) delivered an oral statement before the UN HRC 34th session currently running in Geneva. The oral statement which came under "DEBATE: racial profiling and incitement to hatred (GA res. 71/181)" highlighted on the rights of Palestinians living inside Israel.

The statement also focused on the right of return and Israeli discriminatory laws which prevent Palestinians from returning while allowing Jewish people to migrate to Palestine.

Dear Mister President and dear members of the Council,

The Palestinian Return Centre (PRC) would like to bring to the Council’s attention the ongoing human rights violations of indigenous Palestinian citizens of Israel.

Indigenous Palestinians inside the State of Israel are a minority currently experiencing the consequences of historical colonization and invasion of their territories, and face discrimination because of their distinct cultures, identities and ethnicity.

The most important immigration and nationality laws—The Law of Return and The Citizenship Law—allow every Jew in the world to immigrate freely to Israel and to automatically become an Israeli citizen. However, the same laws that privilege Jews exclude Palestinians who were forced to flee their homes in 1948, stripping them of their former status and denying the internationally-recognized Palestinian right of return. Israel for the past 70years has banned Palestinian refugees from their homeland.

Inside Israel, the Palestinian Bedouin community has been discriminated against for many years in the field of housing. Israeli forces demolished the Bedouin village of al-Araqib in the Negev region of southern Israel for the 110th time since 2010 on Thursday. Al-Araqib is one of 35 Bedouin villages considered “unrecognized” by the Israeli state. More than half of the approximately 160,000 Negev Bedouins reside in unrecognized villages.

Demolitions targeting Palestinians with Israeli citizenship have sharply increased since the beginning of 2017, including an Israeli police raid to evacuate the unrecognised Bedouin village of Umm Al-Hiran which turned deadly in January.

Demolition of Al-Araqeeb and other unrecognized Bedouin villages is a central Israeli policy aimed at removing the indigenous Palestinian population from the Negev and transferring them to government-zoned townships to make room for the expansion of Jewish Israeli communities.

Given that as reported by Human Rights Watch, Israeli domestic investigations demonstrate an unwillingness and inability to genuinely carry out investigations or prosecutions in compliance with international standards, we call on the Members of the Council to seek measures to hold the perpetrators accountable.