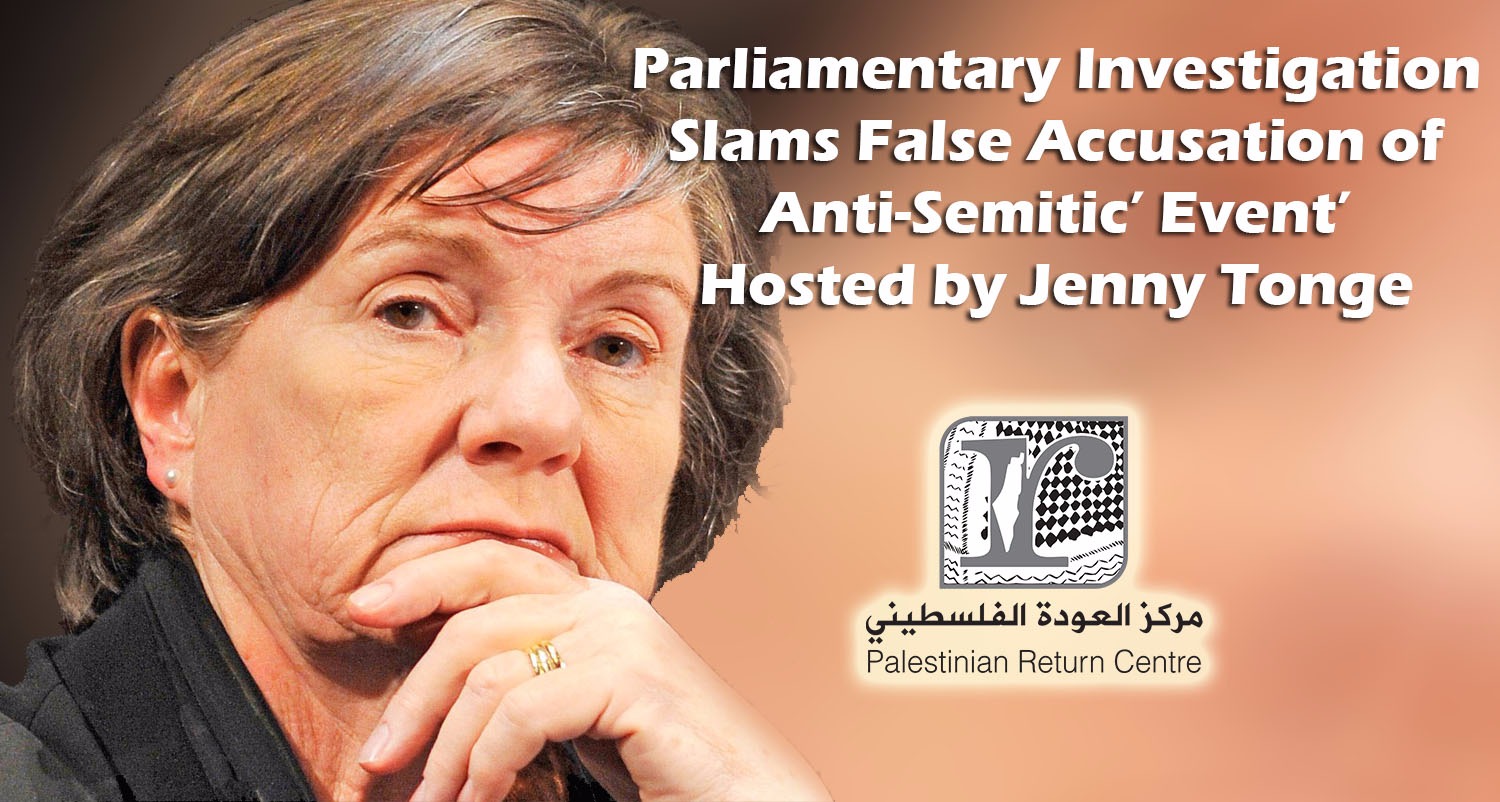 The Parliamentary Committee for Privileges and Conduct dismissed allegations of anti-Semitism against Baroness Jenny Tonge for hosting the launch of the Balfour Apology Campaign on October 25th 2016, in the House of Lords.

Following media reports from The Times and the Jewish Chronicle on the meeting under the headline “Jews blamed for Holocaust at ‘shameful’ House of Lords event” and after receiving complaints from Mark Regev, Israeli Ambassador to the UK, and members of the House of Lords, an official investigation was initiated by the Committee for Privileges and Conduct.

It was alleged that Jenny Tonge has breached the Code of Conduct, which requires members to act on their personal honor but The Committee has decreed a resounding result which states:

For the above reasons I find that Baroness Tonge did not breach paragraph 8(b) of the Code of Conduct in her hosting and chairing of the meeting on the parliamentary estate on 25 October 2016.

The Palestinian Return Centre (PRC) welcomes the findings of the investigations which sheds light on the truth regarding the launch of the Balfour Apology Campaign and the appalling targeted campaign to silence pro-Palestinian activists and smear them as anti-Semites.

The false accusations of anti-Semitism from the media and the Israeli Embassy were categorically refused by the Committee for Privileges and Conduct, and the investigation refuted as well the claim that the comments made by the member of the Naturei Karta amounted to ‘Holocaust denial’. And the claim from most mainstream media that the audience applauded after an audience member made an anti-Semitic comment was also proved to be incorrect.

Lastly, comments made by speaker Betty Hunter that were alleged to be anti-Semitic were also found to not even meet the new contentious IHRA definition of anti-Semitism. The investigation found that criticizing Israel as a “racist and colonialist state” clearly does not breach the new definition.

Read the full text of the Parliamentary investigation: https://www.publications.parliament.uk/pa/ld201617/ldselect/ldprivi/142/14205.htm#_idTextAnchor007