PRC calls for making other steps to bring such racist practices to a halt and to impeach those held accountable before international courts.

The solution to Israel’s breaches lies in implementing international law, observing the principle of non-discrimination, and upholding peoples’ rights to self-determination.

A report by ESCWA concluded that Israel is imposing an apartheid regime on the Palestinian people.

The findings of the report were released by ESCWA Executive Secretary Rima Khalaf during a press conference held at the UN House, in Beirut, when she launched the report entitled “Israeli Practices towards the Palestinian People and the Question of Apartheid.”

Khalaf noted that Israel, encouraged by the international community’s disregard for its recurrent violations of international law, has succeeded over the past decades in imposing and maintaining an apartheid regime that works on two levels; first, the political and geographic fragmentation of the Palestinian people which enfeebles their capacity for resistance and makes it almost impossible for them to change the reality on the ground; second, the oppression of all Palestinians through an array of laws, policies and practices that ensure domination by a racial group and serve to maintain the regime.

ESCWA Executive Secretary further stressed that the importance of the report is not limited to the fact that it is the first of its kind published by a United Nations body, clearly concluding that Israel is a racial State; It also provides fresh insight into the cause of the Palestinian people and into how to achieve peace.

Khalaf maintained that the report shows that there can be no solution, be it in the form of two States, or following any other regional or international approach, as long as the apartheid regime imposed by Israel on the Palestinian people as a whole has not been dismantled.

Apartheid is a crime against humanity. Not only does international law prohibit that crime, it obliges States and international bodies, and even individuals and private institutions, to take measures to combat it wherever it is committed and to punish its perpetrators. 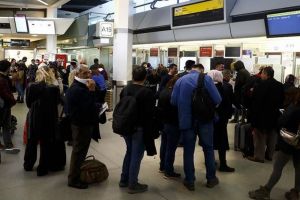