May PM Tiptoes Around Balfour Apology Question by AlJazeera 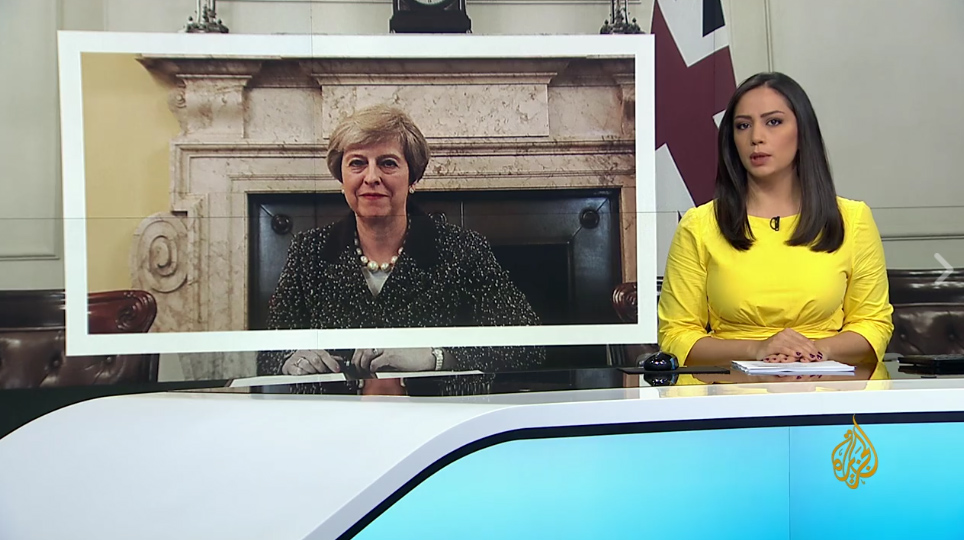 The incumbent Prime Minister of the UK Theresa May sidestepped a question on the government’s position as regards underway calls to apologize for the Balfour Declaration during her stopover in Jordan.

When asked by AlJazeera correspondent about whether the British government would make an apology over the notorious Balfour pledge, May failed to provide a straightforward answer, and responded by restating the government’s standpoint vis-à-vis the Arab-Israeli conflict.

In an exclusive interview with May, Head of AlJazeera’s office in Jordan, Hassan AlShoubaki referred to underway attempts to mark the Balfour centenary on November 2, wondering about whether May’s government would apologize to the Palestinians for the tragic fallouts of the declaration.

May failed to deal with the issue in a clear-cut manner, saying the government has been seeking ways to boost Israeli-Palestinian talks, push for a two-state solution, and work on the establishment of a terror-safe Israeli State besides a sovereign Palestinian State.

A campaign urging the British government to apologize for the Balfour Declaration has been launched by PRC, amid emerging reports on the government’s intent to mark the centenary of the pledge. A petition launched by PRC to that very end managed to garner nearly 10,000 signatures in just a few weeks.