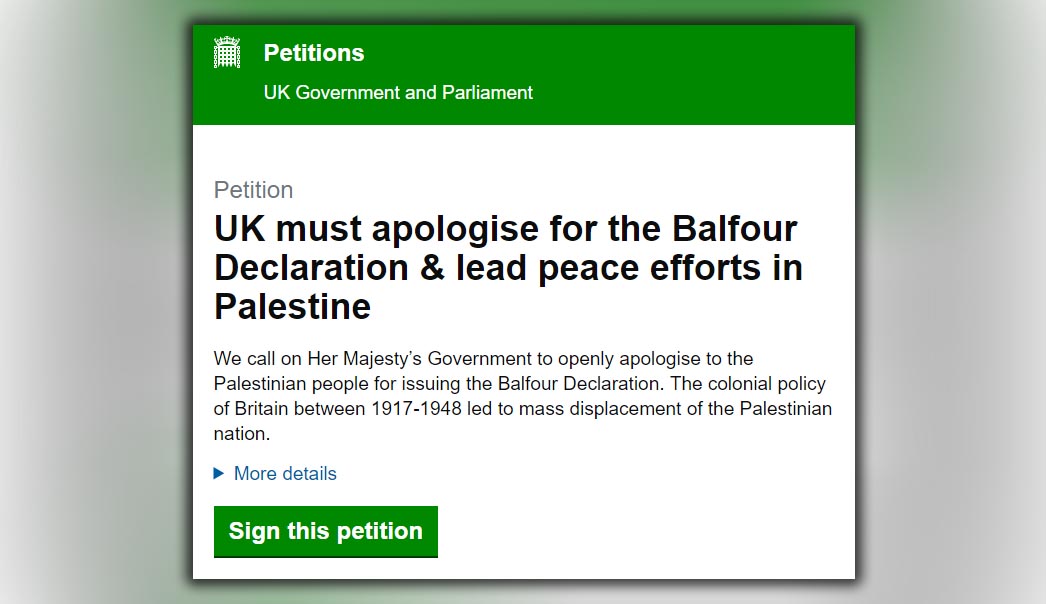 A petition urging the British government to apologize for the tragic fallouts of the Balfour Declaration received over 11,000 signatures.

The government is bound to respond to the campaign in three days as any petition signed by more than 10,000 people will have a government response released alongside it.

The Executive Director of the Palestinian Return Centre, Mr Tarek Hamoud, said the move is a sign of the increasing popularity garnered by the Balfour Apology Campaign.

“The fact that the petition reached a 10,000-signature threshold heralds a significant shift in public opinion vis-à-vis the Palestinian cause over the past decade,” said Mr. Hamoud.

The petition makes part of PRC’s underway endeavors to urge the British government to make an over the Balfour pledge and to backtrack on its intent to mark the centenary of the declaration.