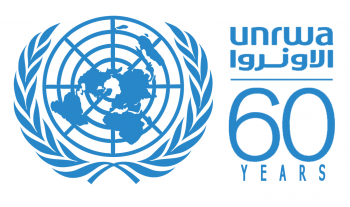 The Palestinian Return Centre (PRC) conducted a survey in the Palestinian Refugee Camps in Syria and Lebanon. The survey targeted some thousands of refugees to explore their views about the UNRWA performance for the past 60 years.


Study cases from the survey would be showed at PRC International Conference “UNRWA and Future of Palestinian Refugees” planned to take place on December 16, 2009 in London.

The survey showed different views on the performance and services of UNRWA, with ratings between satisfied and unsatisfied. Some of the examined samples regarded the problem as one which is solely political.

Abu Ali, 70 said ‘‘We have been suffering for decades. The UNRWA succeeded in filling the humanitarian gap. However, the political gap was never bridged by the United Nations. I think UN should have tried to set a body like UNRWA to solve our political problems.”

The survey which includes various samples would be shown and discussed at the conference. Majed al Zeer, PRC General Director said that the conference is expected to witness momentum participation from various academics, journalists, politicians and activists.

“We have received tens of requests to participate in the event. We aspire to achieve tangible results as we have invited key speakers such as MPs, politicians, activists and UNRWA speakers. They will discuss the future of Palestinian refugees and UNRWA to come out with a number of recommendations in that regard.” said al Zeer.

He also said that the participation and admission to the event is free, thus enabling those interested like students, academics and public to take part.

More than six decades have now passed since the collective dispossession and forced expulsion of Palestinians from their ancestral home in Palestine because of Israeli aggression. For 5 Million Palestinians, forced exile still continues and their Nakba (catastrophe) is still a daily reality.