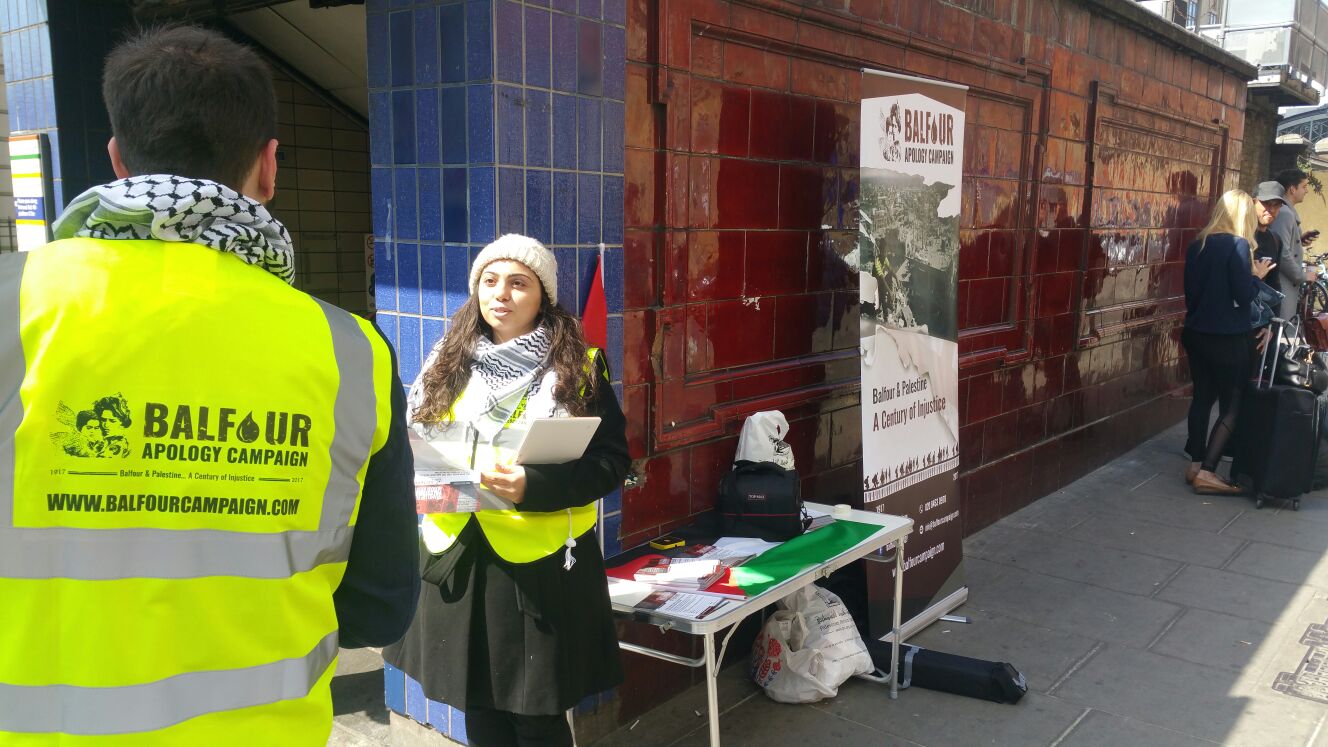 Advocates of the Balfour Apology Campaign (BAC) took to London streets in an attempt to garner more signatures over a petition urging the UK government to make an apology over the Balfour pledge.

BAC campaigners flocked to Paddington Station, trying to win over thousands of signatures from the masses.

The move comes a few days after the petition received over 12,000 signatures, raising expectations of a gracious apology from the British government.

The petition makes part of PRC’s underway endeavors to urge the British government to apologize for the tragic upshots of the Balfour pledge and to backtrack on its intent to mark the centenary of the declaration.