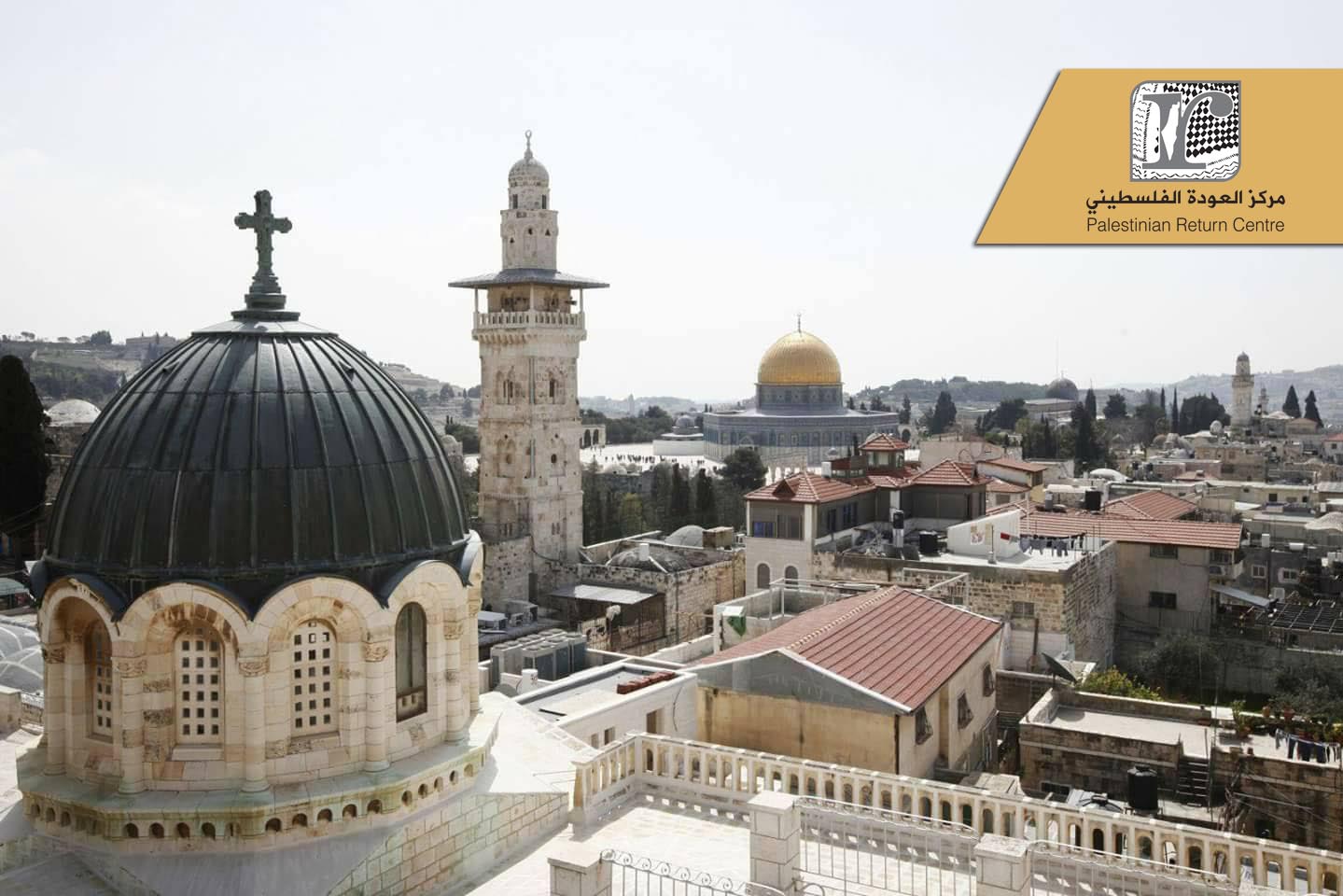 On Tuesday, 25th of April, the Palestinian Return Centre (PRC) hosted an event in the Houses of Parliament titled “The Question of Jerusalem: Occupation, Discrimination, and Displacement.” This event was chaired by Mark Hendrick, the Labour MP for Preston, and included several notable academic speakers: Professor Wendy Pullan, Professor Penny Green, and Professor Kamel Hawwash. The topic of discussion was based around the Israeli project of expanding the Jewish population and reducing its Palestinian population in Jerusalem since the city’s annexation in 1967.

The first speaker, Professor Wendy Pullan, is a professor of Architecture and Urban Studies and Head of the Department of Architecture at the University of Cambridge. She was the Principal Investigator for ‘Conflict in Cities and the Contested State,’ an international and multidisciplinary research project based in the UK. Professor Pullan spoke on the influence of Israeli city planning and architecture on the subjugation and discrimination of the Palestinian population living in Jerusalem. She spoke on the concept of “Frontier Urbanism” in which decisions on city planning (for example, building settlements on top of hills or on rooftops - where the Palestinian population exists physically below the Israeli population) helps perpetuate confrontation.

The second speaker, Professor Kamel Hawwash, is a British-Palestinian engineering professor based at the University of Birmingham, and is also a longstanding campaigner for justice. He is vice chair of the British Palestinian Policy Council and a member of the Executive Committee of the Palestine Solidarity Campaign. Professor Hawwash gave a more personal narrative of the occupation and discrimination in Jerusalem, giving an account of his recent attempt to visit family in Jerusalem in which he was denied entry by Israeli authorities. He spoke of the pain and the everyday stress caused by not being able to return to his homeland, noting that “anyone else from Birmingham who has no connection to Israel may enter, but for me – whose family has called Jerusalem home for centuries – is unable to go.”

Lastly, Professor Penny Green spoke of the criminality associated with the Israeli occupation. Professor Green is a professor of Law and Globalization at Queen Mary, University of London, and a Director of the International State Crime Initiative. She has published extensively on state crime theory, state violence, mass forced evictions/displacement, and resistance to state violence. She gave a statistical analysis of the enormous scope of displacement and evictions of Palestinians from their homes by Israeli authorities and settlers. She spoke of the over seven million Palestinians who have since 1948, been expelled from their homes and who have been forced to become refugees and IDPs, losing their livelihoods in the process. She also spoke of the inherent everyday violence and dehumanization that takes place within Jerusalem, recalling an account of a friend who, when taking out her rubbish in Jerusalem, was thrown in the trash receptacle and called a “dirty Arab” by Israeli neighbors.

After the speakers, the discussion section included questions spanning from President Trump’s plans to move the U.S. embassy to Jerusalem, to the role of the international community and the United Nations, and to the importance and strength of civil society and the BDS Movement in fighting for Palestinian rights. The event was important in that it looked at the occupation of Jerusalem in various lights – from the academic perspective of the effects of architecture to the personal accounts of those who call Jerusalem home.