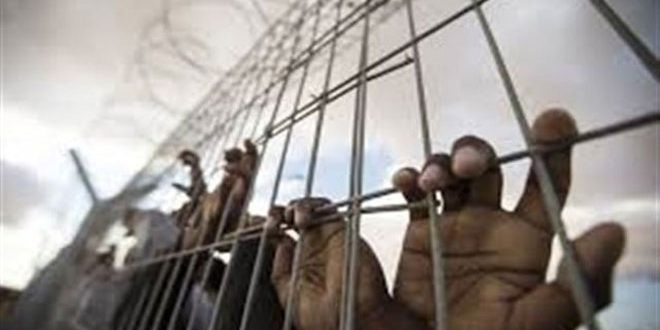 The London-based Palestinian Return Centre (PRC) appealed to the British Parliament, in a memorandum sent on Tuesday, to take urgent action vis-à-vis the Palestinian hunger strikers in Israeli jails, a few days after their health condition has reportedly taken a turn for the worse.

1,500 Palestinian detainees have been starving for 17 days running in Israeli jails to protest mistreatment and push for basic rights, the letter read.

The memorandum sounded the alarm over the dire conditions of captivity endured by some 6,300 Palestinians in Israeli penitentiaries, among whom 500 administrative detainees (held with neither charge nor trial), 300 children (below the age of 17), 61 women, and 458 life-sentenced inmates.

PRC condemns the psycho-physical torture, medical neglect, solitary confinement, prison bans, and the denial of the right to a fair and public trial, among other human rights violations, pursued by the Israeli prison authorities.

PRC calls on all British MPs to immediately step in and take serious steps to restore Palestinians’ infringed rights and urge Israel to halt its flagrant violations of prisoners’ rights and observe the maxims of the international humanitarian law.