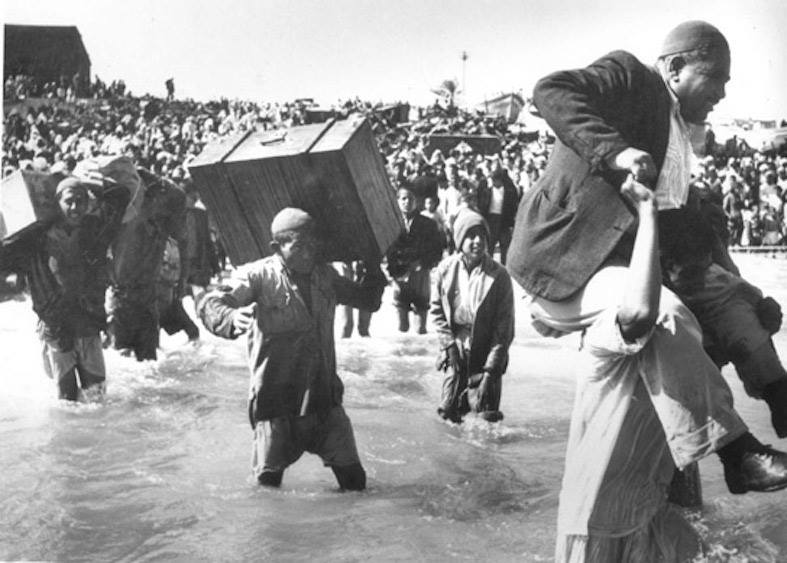 The Nakba – literally meaning ‘catastrophe’ in English – refers to the disaster that befell the Palestinian people in 1948 when around 750,000 Palestinians were expelled out of their land, forcing them to leave behind hundreds of destroyed towns and villages.

However, this violent displacement of the Palestinian people was not the end of their suffering – it was the beginning.

69 years later, the 750,000 refugees that were forcibly exiled from their own homes now total over 5 million. Most of them remain stateless, languishing in refugee camps in Jordan, Lebanon and Syria.

A significant number of these refugees also relocated to the Gaza Strip, which is currently under siege. Israel controls its land borders, its airspace and its sea, leaving Palestinians within the Strip effectively trapped in the world’s largest open-air prison. The United Nations has predicted that Gaza will become uninhabitable by 2020 due to Israel’s deliberately asphyxiating blockade.

Some of the Palestinians who were able to remain now live as second-class citizens within the State of Israel. Their rights and freedoms are severely restricted and they face systematic, institutionalized racism, something which can be demonstrated by the over 50 existing Israeli laws which discriminate against them.

Finally, Palestinians in the West Bank, many of whom are also refugees from 1948, live under an illegal military occupation which gravely violates their basic human rights and exposes them to life-threatening violence and unjust detention on a daily basis.

The Palestinian Nakba is not an incident which occurred many decades ago. It is an ongoing, systematic process in which Israel continues to deny Palestinians the most basic of human rights.

Today marks 69 years since this Nakba began, but it also marks the 28th day of the Palestinian prisoners’ hunger strike. The steadfastness and fortitude demonstrated by the protesters – who are demanding basic rights such as medical treatment, family visitation and an end to detention without trial - is microcosmic of that of the Palestinian people.

69 years later, Palestinians continue to resist and they will do so until there is justice.

Short Link : http://bit.ly/2A4fhJh
Tags
Next Article
Censoring the Memory of the Nakba
Previous Article
Take Action: Find out where your local candidate stands on Palestine!
Most Views
Related Posts