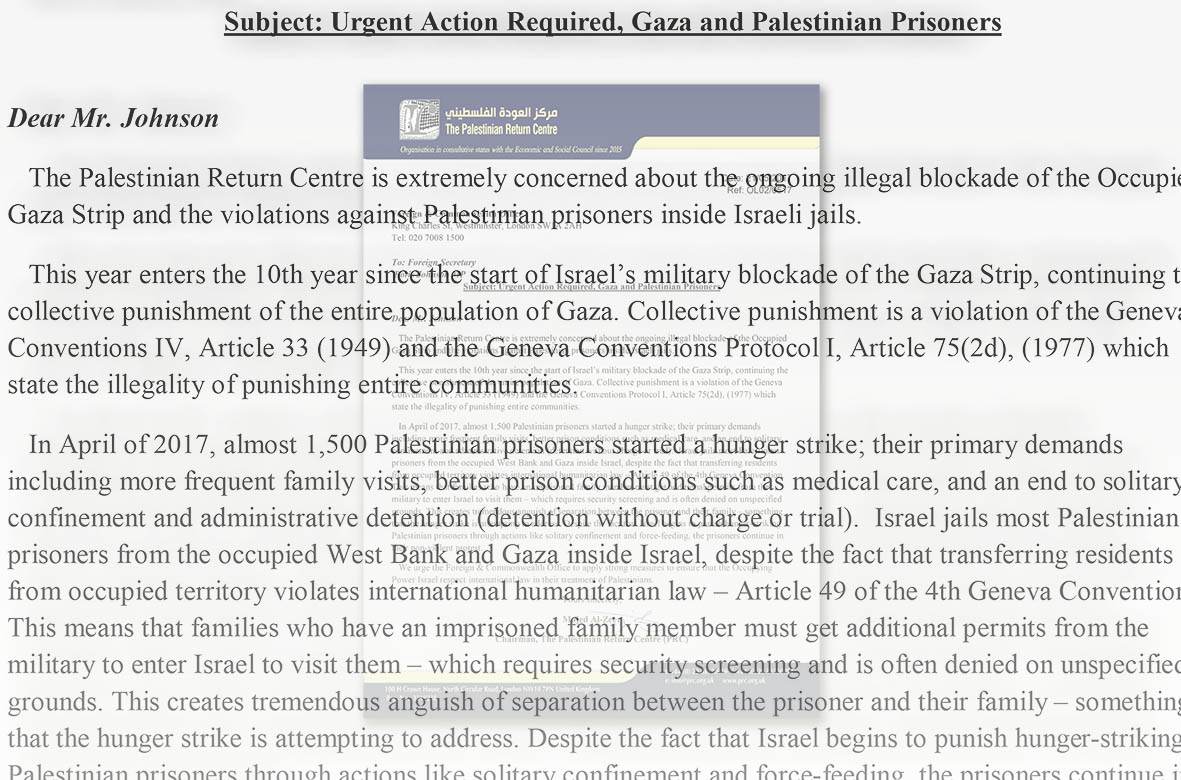 The Palestinian Return Centre (PRC) urged the British government, in a memorandum handed over to the British Foreign Secretary Boris Johnson, to take urgent action vis-à-vis the tragic situation in the blockaded Gaza Strip and the prisoners’ cause.

PRC expressed deep concern over the calamitous fallouts of the decade-long blockade imposed by the Israeli occupation on the coastal enclave of Gaza, home to over two million Palestinians.

PRC believes the Israeli siege on Gaza amounts to collective punishment and contravenes the international humanitarian law, most notably the Fourth Geneva Convention, the memo read.

The memorandum further raised the issue of the hunger striking detainees who have been starving since mid-April in Israeli jails to protest mistreatment, administrative detention, with neither charge nor trial, and the violations of their basic human rights.

The letter spoke out against the castigatory measures, most notably solitary confinement, force-feeding, and visit-bans, pursued by the Israeli prison authorities in an attempt to force the detainees to throw in the towel.

PRC called on the British Foreign Secretary and government to opt for serious measures so as to pressurize the Israeli occupation to observe international law and cease its violations of Palestinians’ inalienable rights.