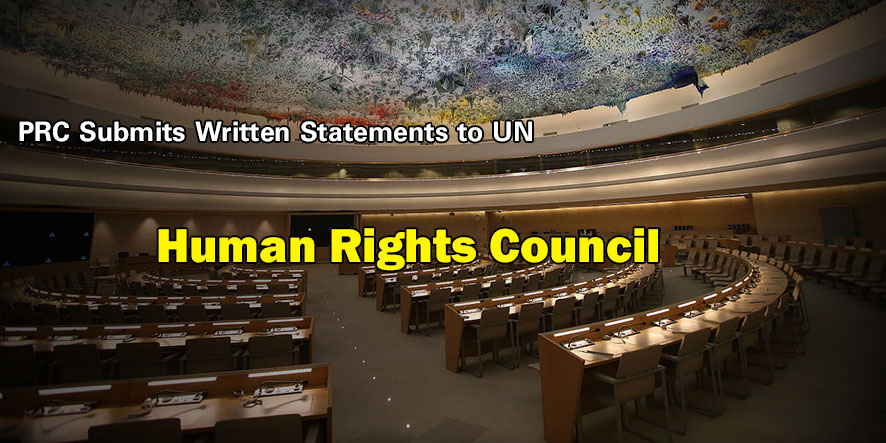 On the occasion of the 35th session of the United Nations Human Rights Council in Geneva, the Palestinian Return Centre (PRC) submits 4 written statements for the session.

Under Agenda item 4 (Human rights situations that require the Council’s attention) PRC have submitted a report on the ongoing human rights violations of Palestinian refugees in Lebanon. This statement highlights the plight of the 458,369 UNRWA-registered Palestinian refugees living in Lebanon. It details the fact that Lebanon has the highest percentage of Palestinian refugees living in extreme poverty and that because Lebanon is not a signatory of the 1951 U.N. Refugee Convention, it does not recognize the basic rights and legal obligations to people with refugee status. Because of the current conflict in Syria, Palestinian refugees in Syria have fled to Lebanon, creating even further poverty through overcrowding of camps and food insecurity. The statement calls for the Distinguished Members of the Council to put pressure on the Lebanese government to respect international law rules and norms, but also to support the Lebanese government, who is responsible for coping with the refugee crisis.

Under the same Agenda item 4 (Human rights situations that require the Council’s attention), PRC submitted a report on Palestinians from Syria during the period from July 1st 2016 to December 31st 2016. This statement is a statistical analysis of Palestinians in Syria (PRS) in the last half of 2016, detailing number of deaths by gender, age, geographic location, cause of death, etc. A few note-worthy numbers are the total PRS casualties in 2016 due to the conflict (311), the month with the highest casualties (September), and the province with the most Palestinian casualties (Rif Dimashq). The report hopes to highlight the victims of Syria’s war that are often overlooked – the Palestinian refugees there who are increasingly becoming victims of the violence.

Under Agenda item 7 (Human rights situation in Palestine and other occupied Arab territories) the PRC sent in a report about the human rights violations in the Occupied Palestinian Territories. The report highlights PRC’s concern about the devastating failure of the international community to exert real pressure on Israel despite Israel’s consistent violations of international and humanitarian law. This statement outlines the various U.N. Charters and Conventions that Israel violates in respect to their settlements, treatment of prisoners, ethnic cleansing of Palestinians, and collective punishment. It is important to highlight through this report that Israel is currently the subject of, or in breach of, over 30 U.N. Security Council resolutions directed at Israel alone.

Under Agenda item 9 (Racism, racial discrimination, xenophobia and related forms of intolerance, follow-up and implementation of the Durban Declaration and Programme of Action), PRC has submitted a written statement about the discriminatory policies against indigenous Palestinian citizens of Israel. In this report, we detail the policies enforced by Israel that result in the ongoing human rights violations of those indigenous Palestinian citizens of Israel, in violation of U.N. resolution 61/295 which clearly stipulates the innate rights of indigenous people – the resolution under which the rights of indigenous Palestinians currently residing in Israel are protected. This statement highlights that the definition of Israel as a “Jewish state” makes inequality and discrimination against Palestinian citizens both a reality as well as an institutionalized political project.