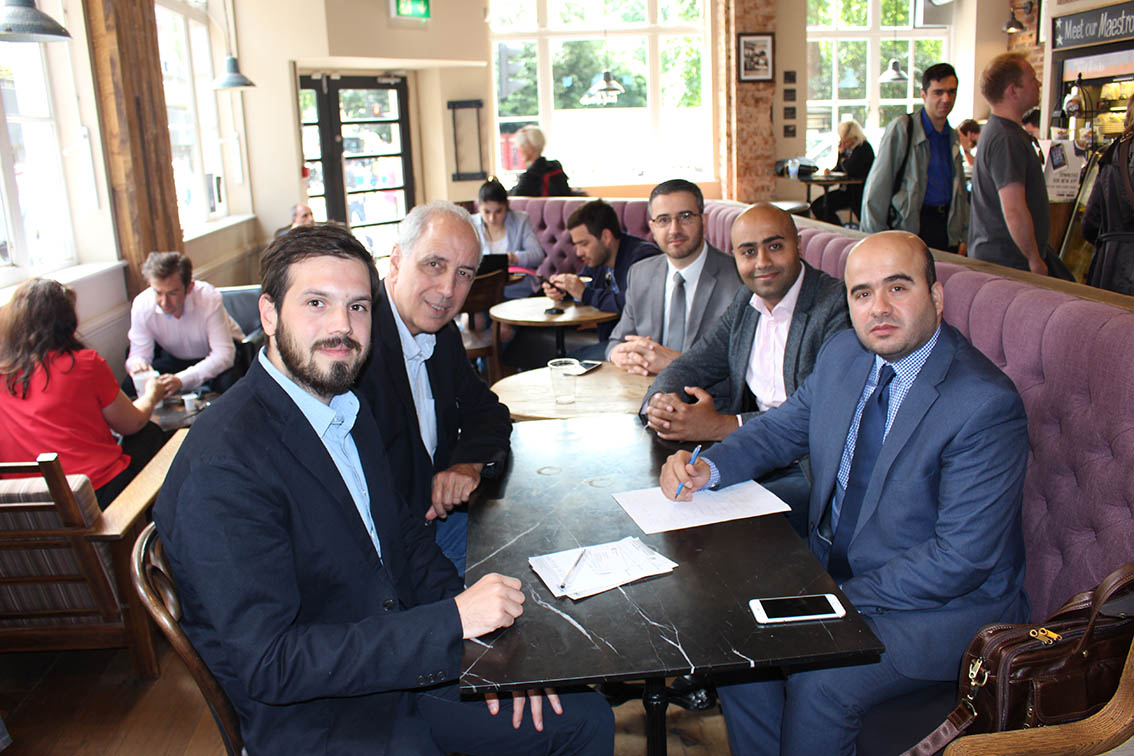 Representatives of the Palestinian Return Centre (PRC) met on Tuesday with the UN Special Rapporteur on the situation of human rights in the occupied Palestinian territories (OPt), Michael Lynk, to discuss the latest developments in the West Bank, Jerusalem, and the Gaza Strip.

PRC’s executive director, Tarek Hamoud and head of the relations and communications department, Sameh Habeeb, along with researcher Pietro Stefanini and media department chief, Ahmad Hosain, were in attendance.

Mr. Lynk briefed the PRC delegation on the focal points of his mission in the OPt, which includes probes into human rights violations committed for 50 years under the Israeli occupation.

PRC delegates highlighted the latest developments in the OPt and the repercussions of the wall and the illegal settlement activity. They further raised the prisoners’ issue and the Israeli crackdowns against the Palestinians in east Occupied Jerusalem, including movement bans and violations of the freedom of worship.

PRC sounded the alarm over the tragic situation in Gaza due to the decade-long blockade and over the crises endured by the Palestinian refugee community nationwide and overseas, along with UNRWA’s strategic role in rehabilitating the refugees’ infringed rights, particularly in the besieged coastal enclave of Gaza and war-ravaged Syria.

PRC is a London-based independent consultancy focusing on the historical, political and legal aspects of the Palestinian refugees. The organization offers expert advice to various actors and agencies on the question of Palestinian refugees within the context of the Nakba (the catastrophe) following the forced displacement of Palestinians in 1948 and serves as an information repository on other related aspects of the Palestine question and the Arab-Israeli conflict. It is an organization in Consultative Status with the Economic and Social Council since 2015.

Short Link : http://bit.ly/2A55fb0
Tags
Next Article
PRC Speaks Up for Prisoners’ Cause at UN Human Rights Council
Previous Article
JPRS: Reflections of the national narrative on the indigenous Palestinian minority in Israel
Most Views
Related Posts