PRC Speaks Up for Prisoners’ Cause at UN Human Rights Council 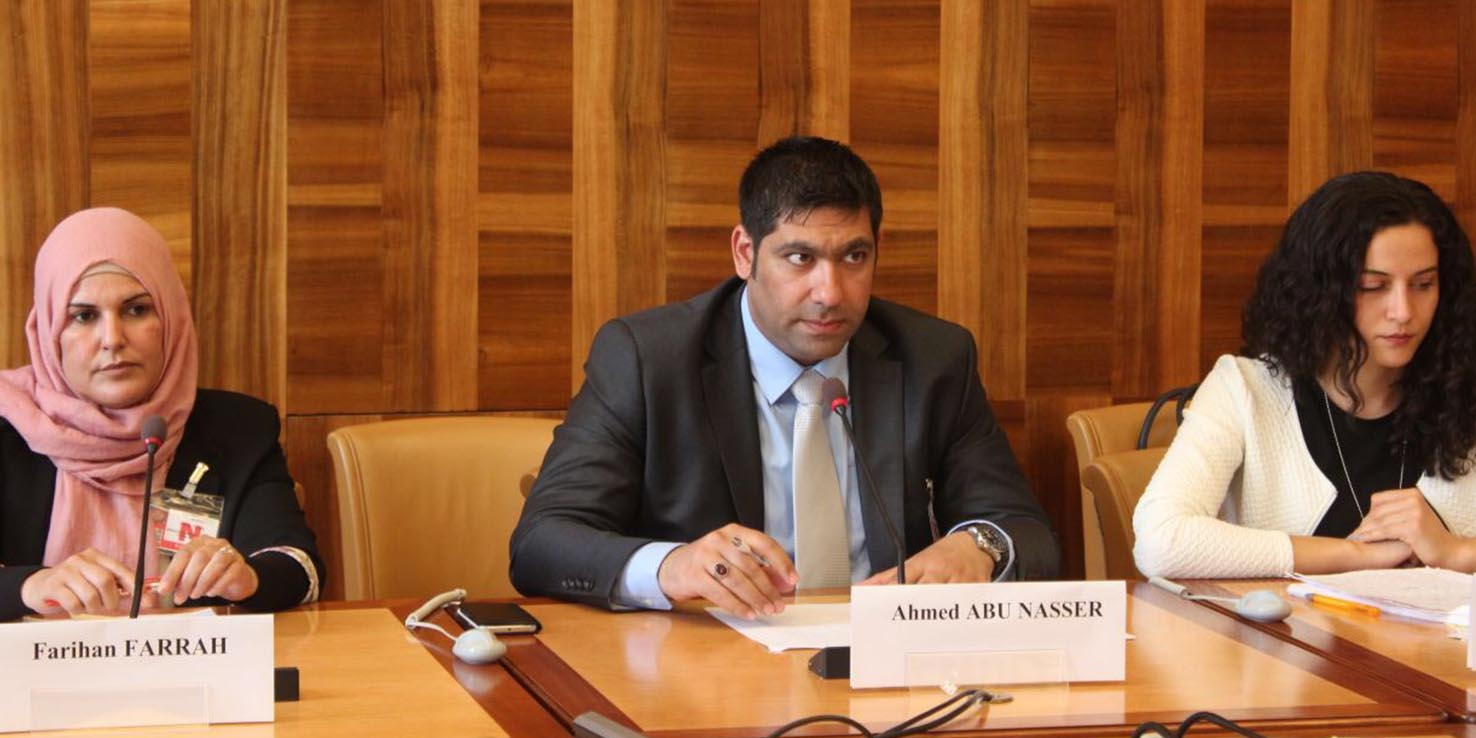 The London-based Palestinian Return Centre (PRC) raised the alarm over the prisoners’ cause at the 35th Session of the United Nations Human Rights Council (UNHRC) in Geneva.

Speaking during a seminar held by PRC, in partnership with the International Campaign to Support Prisoners, international law researcher Amal Nassar, along with Mrs. Farihan Farah, the mother of the youngest Palestinian detainee in Israeli lock-ups Shadi Farah, spoke up against Israel’s mistreatment of child prisoners by bringing them before military courts and subjecting them to dire investigation conditions in the absence of a lawyer or a parent. PRC speakers referred to Sahdi Farah as a case in point and dubbed such violations barefaced infringements of international law.

PRC delegate Abu AlNasr also briefed the UNHRC member-states on the traumatic effects wrought by Israel’s psycho-physical torture tactics on children in an attempt to dampen their spirits.

According to Abu AlNasr Israel’s abduction and detention of Palestinian children are the by-products of a political decision whose very underpinnings flagrantly breach international law, which criminalizes arbitrary abduction and recognizes the right to be informed of the reason for the arrest and to be defended by a lawyer at court hearings.