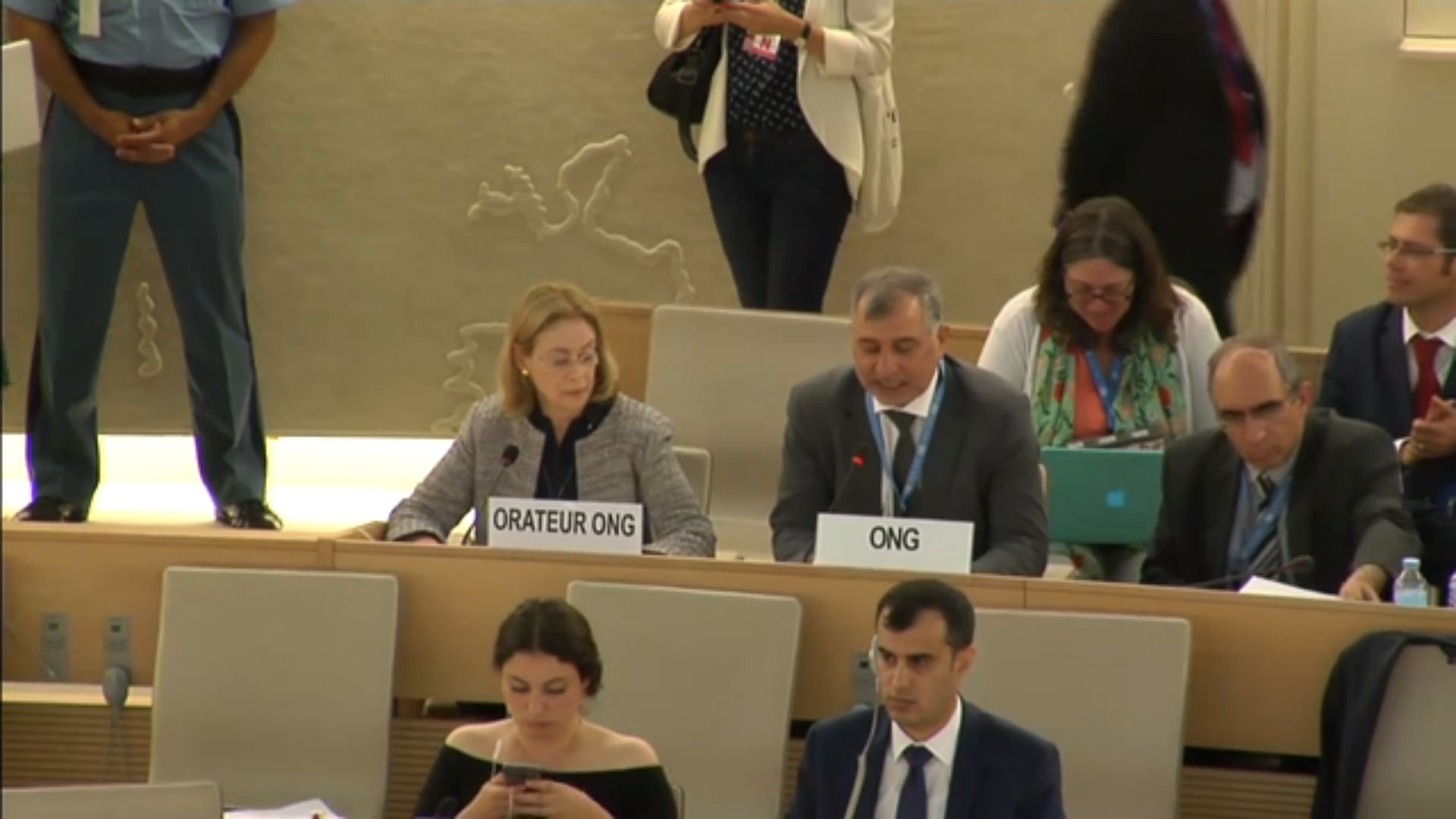 Speaking on Agenda item 7, Mr. Al-Zeer sounded the alarm over the unending state of displacement and dislocation wrought on the Palestinians after 50 years of Israel’s occupation of East Jerusalem and the West Bank.

According to Mr. Al-Zeer, the Israeli occupation has prevented the Palestinians from returning to their motherland, in a barefaced contravention of the UN Resolution 194.

Al-Zeer spoke up against the escalated pace of Israel’s Judaization schemes against Islamic and Christian places of worship in Occupied Jerusalem. Al-Zeer warned of the simmering sacrilegious break-ins carried out by Israeli settler hordes in the holy city.

PRC’s Chairman stressed the tragic fallouts of Israel’s decade-long blockade on the Gaza Strip, calling on the UNHRC member-states to live up to their obligations and work on holding Israel accountable and brining perpetrators to justice.

Al-Zeer’s statement comes as part of PRC’s contribution at the 35th Session of the United Nations Human Rights Council (UNHRC) in Geneva.