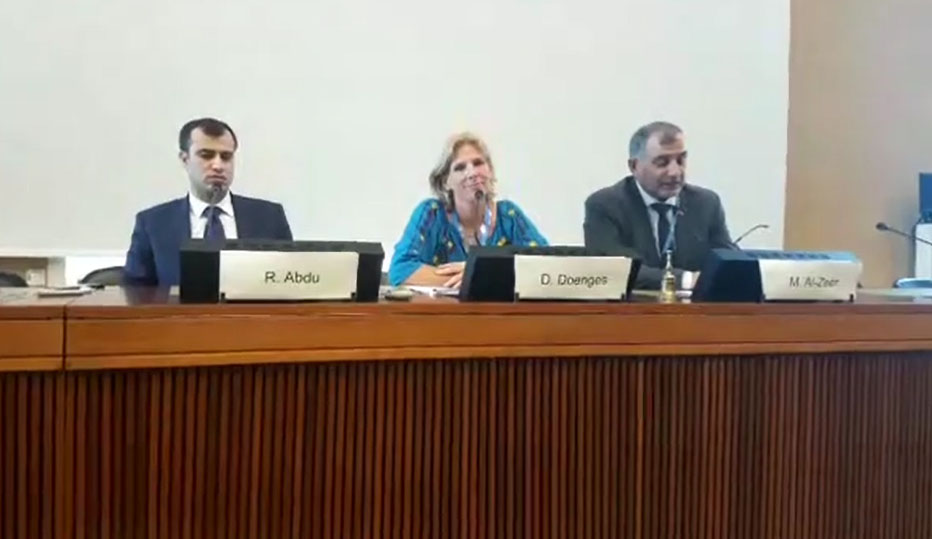 PRC, in partnership with the Euro-Mediterranean Human Rights Monitor, held on Monday a seminar on Israel’s occupation of Palestine and the role of the international community.

The discussion was held on the sidelines of the 35th session of the UN Human Rights Council (UNHRC), convened in Geneva.

PRC’s chairman, Majed Al-Zeer, briefed the audience on the historical context within which the Balfour Declaration and the Nakba of 1948 saw the day.

Mr. Al-Zeer harked back to the massacres perpetrated against the native Palestinian inhabitants and the ethnic-cleansing schemes pursued by the Israeli occupation in contravention of international law.

PRC’s chairman further spoke out against the Israeli settlement activity and policies of collective punishment against civilians, along with the murder of thousands of innocent Palestinians in the military offensives launched on the Gaza Strip.

Al-Zeer held Israel accountable for the displacement of the Palestinians for over 70 years and called on UNRWA to live up to its historical and humanitarian duty until the Palestinian refugees return to their motherland.

Head of the Euro-Mediterranean Human Rights Monitor Rami Abdo also said it is high time the international community took up its responsibility and worked on halting Israel’s occupation of Palestine. He further stressed the need for the United Nations to opt for practical steps so as to restore Palestinians’ right to self-determination, as granted by international laws and treaties.

Expert Ali AlShaer, from the UN Population Fund exposed the findings of UN researches and field reports on the tragic health situation rocking the occupied Palestinian territories and the calamitous fallouts wrought by the Israeli military offensives and aggressions on civilians.

The discussion, chaired by the head of the Geneva-based Mawazine AlAdala, marks the end of a series of events and seminars staged by PRC on the sidelines of the 35th session of UNHRC, held in Geneva.