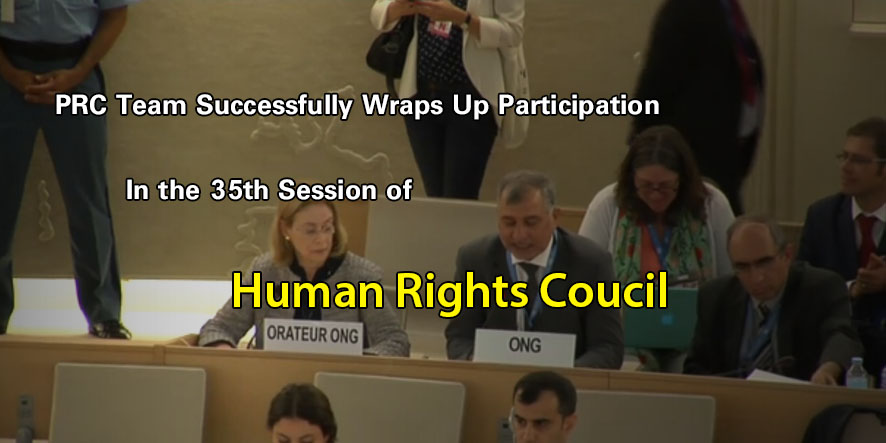 The Palestinian Return Center (PRC) successfully concluded its participation in the 35th Session of the United Nations Human Rights Council (UNHRC), kicked off on June 5 in Geneva.

Four reports submitted by PRC during the event sounded the alarm over the racist policies and human rights violations perpetrated in the occupied Palestinian territories. The reports also shed light on the situation of the Palestinian refugees in Lebanon and in war-ravaged Syria.

PRC team further addressed the UNHRC Member-States over the mistreatment of Palestinian detainees in Israeli jails as part of agenda item 3 and agenda item 7.

Two seminars were held by the centre on the sidelines of the event. The mother of the youngest Palestinian detainee in Israeli jails, Mrs. Farihan Farakh, participated in a debate covering the dire conditions of captivity in Israeli prisons. The second debate shed light on Israel’s failure to live up to its obligations under international law.

Sometime earlier, PRC actively participated in a round of debates by the Commission for Social Development during which PRC speakers raised the alarm over the situation in the poverty-stricken Palestinian refugee camps. 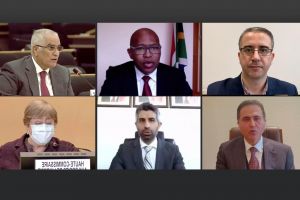