Palestinians of Syria and the Closed Doors 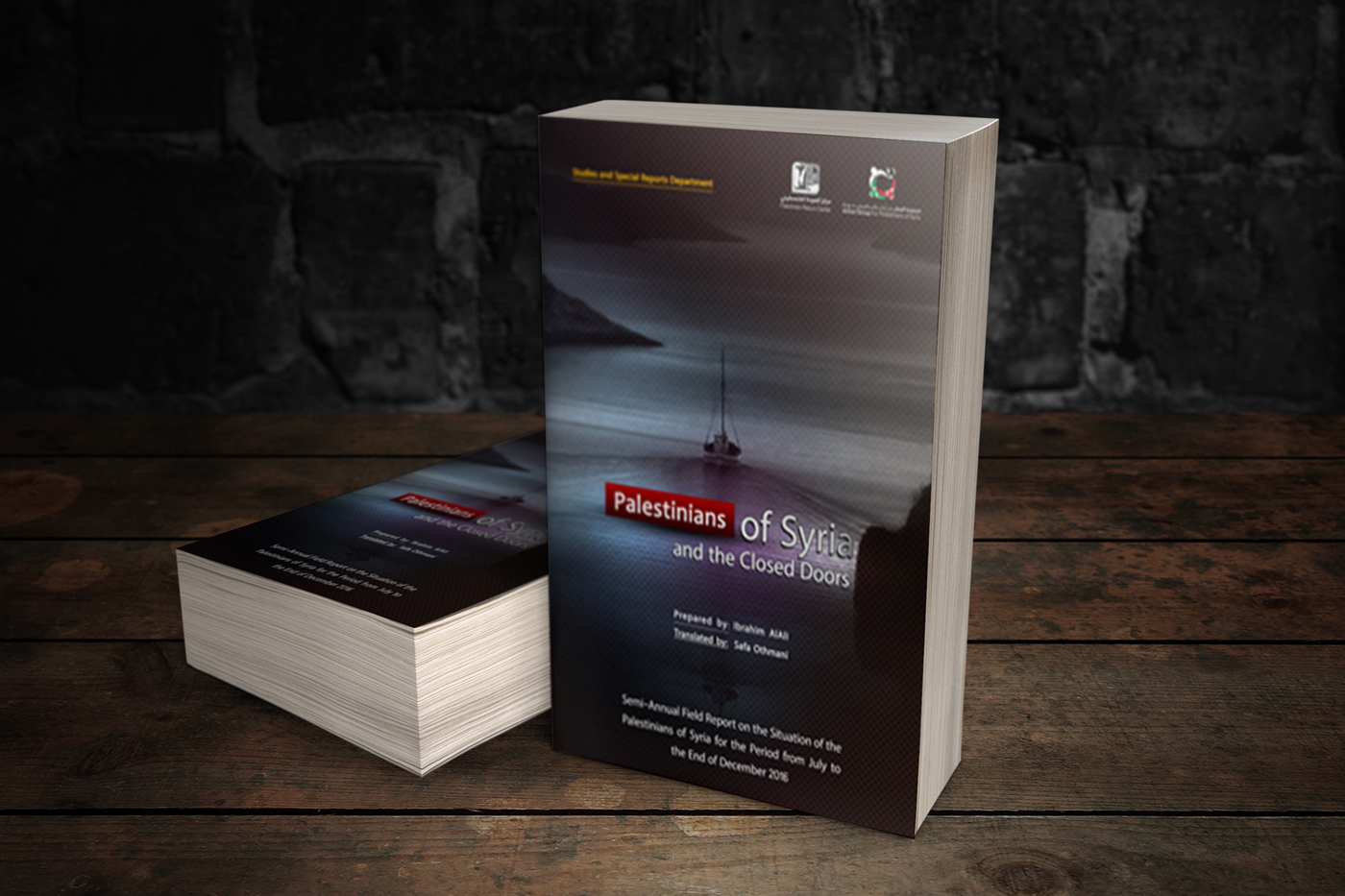 The report provides thorough data on the daily onslaughts, death toll, number of detainees, and missing refugees in war-torn Syria. It also underscores the crises endured by the Palestinian community in refugee camps across the embattled Syrian territories.

The report further cites cases of success stories achieved by Palestinians from Syria nationwide and overseas. At the same time, the study provides a detailed account of the violations perpetrated against the Palestinians from Syria on the asylum-seeking road and in such new destinations as Lebanon, Jordan, Egypt, Turkey, and Europe.

The newly-released report documented the death of ١٣٨ Palestinians from Syria during the second half of 2016 due to war-related incidents.

The 64 pages report is based on data compiled by a team of field reporters, on-the-spot observers, journalists, and researchers.

Compiled by: A team of field researchers