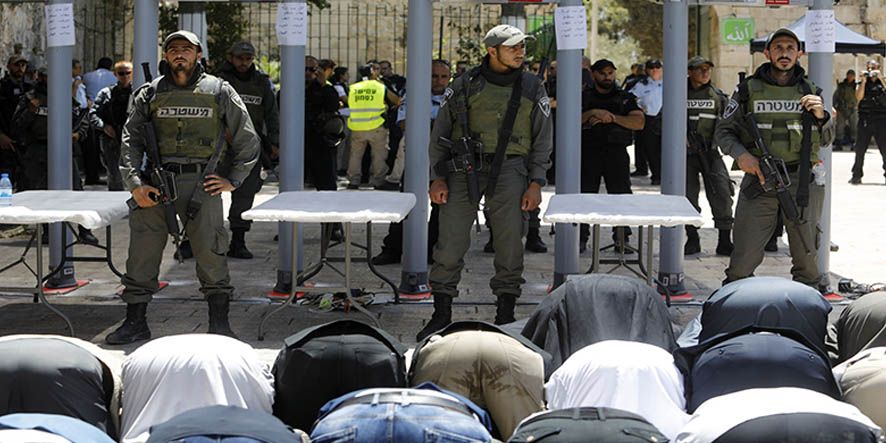 An urgent complaint was presented by the London-based Palestinian Return Centre (PRC) to the United Nations Human Rights Council in Geneva on Monday, calling for urgent intervention on Israel’s closure of holy AlAqsa Mosque and violations of the freedom of worship.

In the memorandum, PRC sounded the alarm over Israel’s incessant violations of the freedom of worship by stepping up crackdowns on the Muslim worshipers, shutting the doors to holy AlAqsa Mosque, and setting up metal detectors near the main entrances to the site.

PRC said it believes the measures have also affected the members of the Christian community in the West Bank and the Gaza Strip whose members have been banned free access to their holy sites.

The complaint warned that the Israeli government is rapidly expanding its Judization activities in Occupied Jerusalem, desecrating the holy sites of Muslims and Christians, and boosting settler break-ins at AlAqsa—the third holiest site in Islam.

In light of the above cited violations, PRC called on the Human Rights Council to hold an emergency meeting to discuss the situation in Jerusalem, issue an urgent statement to denounce the new Israeli measures, and take whatever necessary decisions within the Jurisdiction of the council to hold Israel to account.