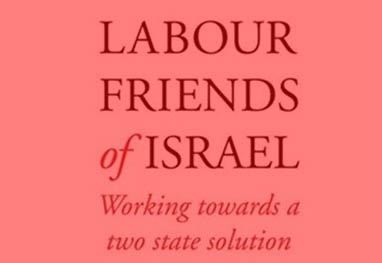 This week lobby group Labour Friends of Israel (LFI) celebrated the UK Government’s decision to fund “coexistence projects” between Israelis and Palestinians. According to LFI’s website “The Department for International Development has pledged up to £3 million per year for the next three years to support people-to-people projects which bring Israelis and Palestinians together. UK support for such projects had been cut from £150,000 in 2015/16 to zero in 2016/17.”[1]

LFI’s chair Joan Ryan MP welcomed this decision saying “LFI is delighted that the government appears to have listened to our calls on this important issue. Our five-year campaign for greater coexistence funding was based on the premise that bringing Israelis and Palestinians together will promote reconciliation, trust and understanding between the two peoples which is vital in underpinning any successful peace process.”[2]

Masked under the language of “coexistence, peace and reconciliation,” seems clear that pro-Israel advocates within the Labour party have no intention to end the ongoing military occupation, apartheid regime and settler colonialism Israel is unleashing on Palestine and its people. These efforts under the guise of “coexistence projects” do not advance a genuine “peace process” but are intended to normalise Israel’s regime of oppression.

A beneficiary of this new Government plan is the Non Governmental Organisation One Voice, which the Electronic Intifada run article in 2013 on them titled “Israeli fake peace group One Voice reveals its anti-Palestinian bigotry in Facebook graphics”.[3] As the article uncovers the group uses the “peace” language to disguise in racist agenda. In a shocking graphic on their website they label all of Palestine and parts of occupied Syria as “Israel.”

Others have described One Voice as: “one more project that brings Palestinians and Israelis together, not to jointly struggle against Israel’s colonial and apartheid policies, but rather to provide a limited program of action under the slogan of an end to the occupation and the establishment of a Palestinian state, while cementing Israeli apartheid and ignoring the rights of Palestinian refugees, who compose the majority of the Palestinian people.”[4]

Coexistence projects are indeed important, but building a coexistence that does not address the injustices of the situation, namely Israel’s oppression and domination of Palestinians since 1948, will only normalise the unequal relationship between the settler oppressors and the indigenous oppressed. Until this unequal relationship is not addressed, these efforts championed by the Labour Friends of Israel are only a way to deflect attention from the ongoing crimes of the Israeli government.